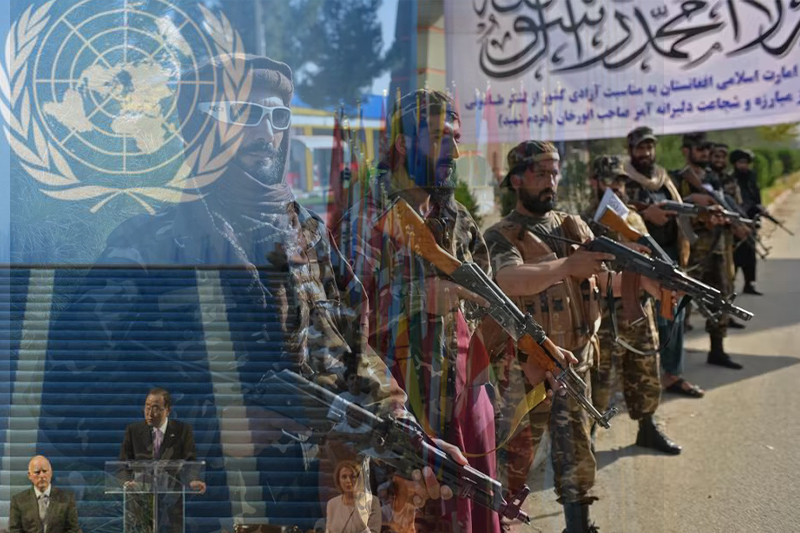 Afghanistan – A new report by UNAMA (UN Mission in Afghanistan), that was released on Wednesday, has confirmed excessive suppression of human rights in Afghanistan by the Taliban regime since its takeover 11 months ago, raising concerns over extreme rights violations and abuse.

The Taliban regime has suppressed the right of speech of people with extreme crackdown on any dissent, curbing media freedom. “The rights to freedom of peaceful assembly, freedom of expression and freedom of opinion, are not only fundamental freedoms, they are necessary for the development and progression of a nation”, said Fiona Frazer, UNAMA Chief of Human Rights. “They allow meaningful debate to flourish, also benefiting those who govern by allowing them to better understand the issues and problems facing the population.”

Almost one year to Taliban takeover of Afghanistan after hastened withdrawal of US troops triggered a catastrophe in the Asian country, erosion of women’s rights is the most highlighted aspect of the Taliban administration.

“Women and girls have seen their rights to access education, the workplace and participate in public life, restricted. Not allowing girls to go to secondary school means that a generation of girls will not complete their full 12 years of basic education,” UNAMA highlighted.

“Education is not only a basic human right, but the key to the development of a nation,” said Markus Potzel, the UN acting Special Representative for Afghanistan.

“It is beyond time for all Afghans to be able to live in peace and rebuild their lives after 20 years of armed conflict”, he added. “Our monitoring reveals that despite the improved security situation since 15 August, the people of Afghanistan, in particular women and girls, are deprived of the full enjoyment of their human rights”.

Though it is noted that steps have been taken by the Taliban authorities to curb instances of violence in Afghanistan, UNAMA could still palpate 2,106 civilian casualties, with 700 killed and 1,406 injured.

UNAMA has raised concerns over impunity as well. It is through these actions that Taliban authorities have carried out violations of human rights. There were 160 confirmed extrajudicial killings and 178 arbitrary arrests and detentions, and 56 cases of torture. These were carried out mainly targeting former government of Afghanistan officials and security forces members.