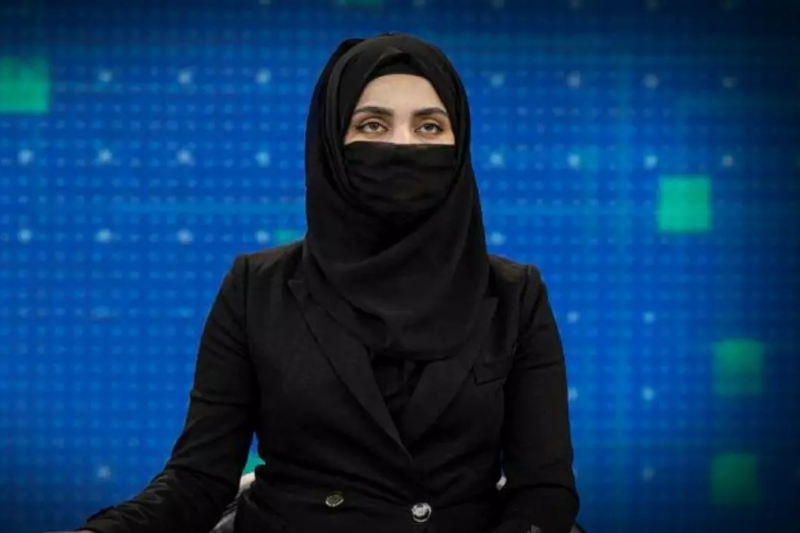 Afghanistan – Afghan people are not bowing down this time and taking in every Taliban decree. A new social media campaign has been started by Afghan male journalists among others against the latest decree by Taliban requiring female TV presenters to cover their face while on air. The campaign, #FreeHerFace, is in solidarity with Afghan female journalists in which the supporters are posting selfies and appearing on air with their faces covered.

What does the latest Taliban decree rule?

Taliban on May 9 had ordered women and girls to cover their faces when coming out of the houses, and are only allowed to go out of houses when accompanied by a male family member. In extension of this decree, on May 21 the regime ordered all Afghan female TV presenters and journalists to cover their face while on air. Taliban’s Ministry of Vice and Virtue said “the decision was final and that there was no room for discussion.”

A big blow to women rights

This order by Taliban is a blatant attack on women’s rights in the country, violating right to freedom of expression, religious belief and personal autonomy.

Raising their voice against the order, male TV presenters in Afghanistan’s many major news channels are appearing on air wearing masks in solidarity with their colleagues. The act has led to social media campaign #FreeHerFace where people are appearing with their faces covered. One women activist writes, “Afghan men showing up for Afghan women is not just a gesture. It’s a turn in the story that will change everything. Brave brothers.”

This is just another move by Taliban regime to suppress the women and girls of Afghanistan. The violations in country are becoming one of the most grave women rights crisis in the world.