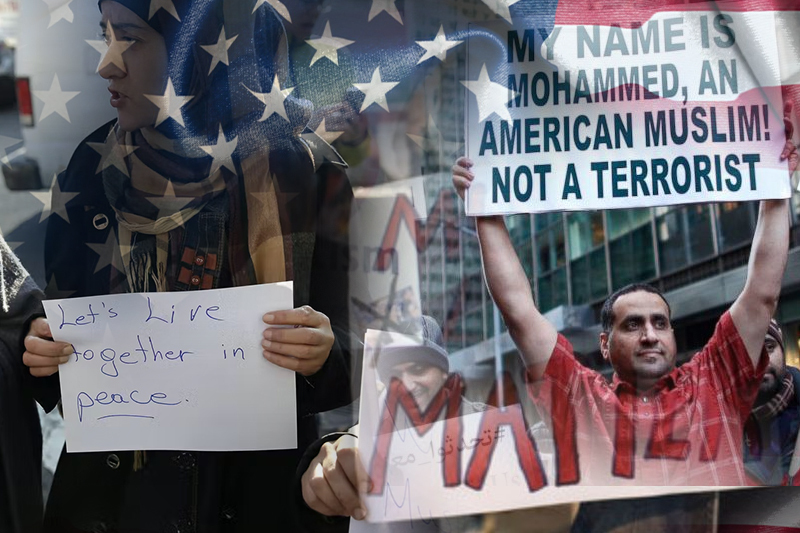 Hate crime, apparently does start from early on in childhood itself. Out of 116 Muslims surveyed in 2019, the researchers found that 43.5 percent of 10 to 18-year-old respondents said they experienced or witnessed a hate crime.

These numbers have nearly doubled in the last two years and continue to increase as instances of migration, asylum seeking is on the rise. “People pulling off students’ hijabs, spitting on someone, mostly verbal abuse, calling someone a terrorist,” advocacy program manager Ajifanta Marenah, said.

This poll that has been conducted by the Muslim Community Network with the hope to appease the city council to reintroduce and pass Resolution 1257, which would allow the department of education to introduce religious diversity courses in the school curriculum.

While the sample size was small, the Muslim Community Network’s poll follows data released by the New York Police Department (NYPD) last year, showing that hate crimes in 2021 against Jews and Muslims in New York City more than tripled compared to the previous year.

Crimes against Moslem community has been increasing worldwide and is not isolated to the US only. Between 2019 and 2020, the increase number of was huge. According to Office of Democratic Institutions of Human Rights (ODIHR) reports, they increased from 8559 to 11129. None were persecuted. Off these racial and xenophobic crimes were the most reported. According to their official website report, ODIHR’s reporting suggests anti-Muslim hate crimes and incidents increases following terrorist attacks, and on the anniversaries of such attacks. Attacks against mosques – particularly on Fridays and religious holidays – including leaving the remains of pigs outside mosques, community centres and Muslim families’ homes, as well as attacks against women wearing headscarves, are among the anti-Muslim hate incidents commonly reported.