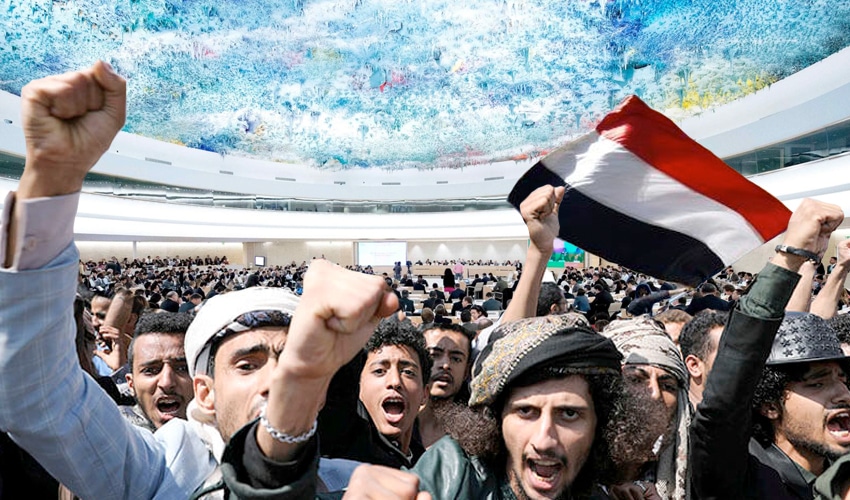 A third report given by the Group of Eminent International and Regional Experts on Yemen states serious violations against civilian population in Yemen.

A third report given by the Group of Eminent International and Regional Experts on Yemen states serious violations against civilian population in Yemen. A detailed report was presented to the Human Rights Council recently, earmarking serious human rights and international law violations.

Several instances show complete disregard for international law. These include ‘airstrikes that are go beyond any justification, indiscriminate attacks using mortar shelling, recruitment and use of child soldiers, and unlawful killings at checkpoints. Other violations include the use of torture, including sexual violence in detention, denial of fair trial rights, the targeting of marginalized communities and the impeding of humanitarian operations’, as shared in the report.

All this has not only had a sociological effect but also demobilized the psychological framework of the Yemeni population. While the population is illiterate, their resilience to pain and suffering has been tested beyond limits by those involved in this ongoing heinous crime against humanity.

According to the report, the Group of Eminent experts have found that ‘the parties to the conflict continue to show no regard for international law or the lives, dignity, and rights of people in Yemen, while third States have helped to perpetuate the conflict by continuing to supply the parties with weapons.’

Everyone seems to be working hand-in-glove.

The Group of International and Eminent Regional Experts were appointed after the September 2014 under the Human Rights Council’s resolution 42/2, with sole aim to keep a track of ground reality in Yemen. Carried on between July 2019 and June 2020, the Group of Eminent experts conducted over 400 interviews with victims, witnesses and other individuals and reviewed a significant number of documents, open source material and additional secondary sources. In February 2020, the Group also issued an online call for submissions.

“A pandemic of impunity in a tortured land” —title of report by UN Group of Eminent Experts on #Yemen said it all.

Join me + @RAlmutawakel & 2 of the group’s experts in a convo on accountability Wednesday run by @BaheyHassan on sideline of #HRC45
Register https://t.co/lEAkYR9AHs pic.twitter.com/RgFbUJRTpQ

The comprehensive report comes with the conclusive sentiment of Kamel Jendoubi, the chairperson of the Group of Experts, “Last year, we referred to the situation in Yemen as having reached a ‘surreal and absurd’ dimension. The situation has not improved. The continuation of violations this year, underlines the complete lack of respect for international law being displayed by parties to the conflict. For too many people in Yemen, there is simply no safe place to escape the ravages of the war.”

The protagonists of this civil war seem to be hell bent to wipe out the whole generation of Yemenis. While investigation the nature of crime against humanity in the period of 2019-2020, the report has drawn parallels from incidents of 2014, showing certain categories of crime in loop mode.  Jendoubi has not minced his words when he has stated that ‘many of the crimes being committed in Yemen even now, amount to nothing less than war crime.’

The report further states that unfortunately, ‘there are no clean hands in this conflict.’ It is therefore to pin the blame on any one single party involved. The responsibility for violations rests with all parties to the conflict. In its findings, the report concluded that violations have been committed by the Government of Yemen, the Houthis, the Southern Transitional Council, as well as members of the Coalition, in particular Middle Eastern countries.

The report has been aptly titled ‘Yemen: A Pandemic of Impunity In A Tortured Land.’  According to the Group of experts, the sense of accountability in nil amongst the perpetrators of crime, mostly nations in themselves. Impunity remains unabated; making it difficult to believe there is really a light at the end of the tunnel.