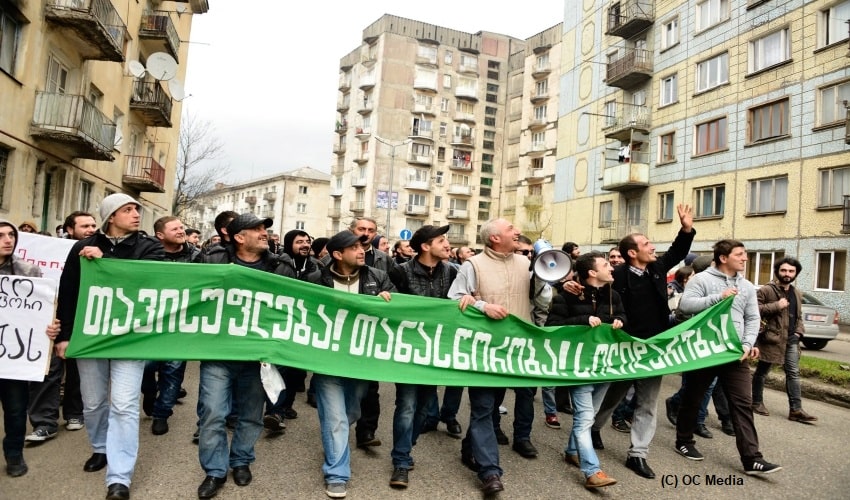 The Parliament of Georgia on Wednesday passed a comprehensive set of amendments to the Labour Code of the country with 82 votes in favour against none.

The Parliament of Georgia on Wednesday passed a comprehensive set of amendments to the Labour Code of the country with 82 votes in favour against none. The amendments were adopted amid opposition from business groups with the aim to protect the rights of the workers in the country.

The amended Labour Code will not only define the terms of a work contract including internships and salaries for overtime, but it will also impose a ban on discrimination at workplaces. It will allow paternity leave, ensure payment of maternity leave, equal pay for equal work between both men and women, limit unpaid internships, and reduce working hours. There will be better protection for part-time workers, night-shift employees and interns.

In addition, another law was passed by the highest legislative body of Georgia on labour inspections under the charge of the Ministry of Health. Under this law, the Ministry of Health will carry forward the functions of the Department of Inspection of Work Conditions and the right to inspect and monitor the implementation of labour rights.

With these reforms, Georgia will witness the implementation of some robust safeguards for the country’s workers since the mass deregulation of labour relations in the 2000s.

Workers, labour unions, youth activists have led several campaigns and protests in recent years against mass layoffs and occupational fatalities which led the Georgian government to introduce the reforms for protection of the workers.

According to a report by the Human Rights Watch, years of deregulation in Georgia have left the workers without appropriate protections and oversight.

Seeking to attract foreign investment, the Georgian government, in 2006, abolished its Labour Inspectorate and gradually reduced worker protections in the Labour Codes including the removal of provisions for breaks during shifts and weekly offs. This intensified the difficulties for thousands of workers in the country. While the government has been instigating more labour protections since 2013, Georgia’s Labour Code is yet to fully comply with international standards and good practices.

The US Embassy in Georgia released a statement welcoming the move and commending the Parliament for adopting the amendments to the country’s Labour Code.

For the first time, Georgian workers will be guaranteed overtime pay, layoff benefits, and paternity leave

US Embassy in Georgia

It further added that it will closely follow the implementation of these amendments, including the expanded Labour Inspectorate mandate, which will help in ensuring fair treatment of workers in the country.

Meanwhile, the Georgian Business Association (BAG) has opposed the amendments, claiming that the new labour reforms will create hurdles for the growth of the country’s economy.