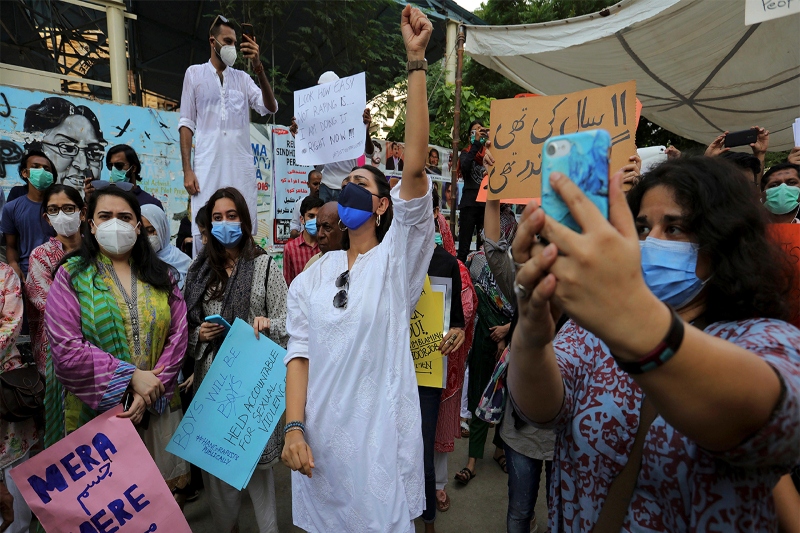 Pakistan Government: Human Rights Watch, released a new report regarding the intensification of the Pakistani government crackdown on the media, political opponents, and civil society in 2020 while failing to stem violence against women and minorities. According to HRW world report 2021 released yesterday, Pakistani officials harassed, and at times, prosecuted human rights activists and journalists for criticizing government policies. They used the National Accountability Bureau, Pakistan’s anti-corruption observers, to arrest political adversaries and critics of the regime, including the Jang group editor Mir Shakil-ur-Rehman, imprisoned without warrant for six months.

Brad Adams, Asia director at the New York-based organization, stated that Pakistan’s continuing assault on political opponents and free expression put the country on an increasingly dangerous course.  Adams stressed that threatening opposition leaders, activists, and journalists who criticize the government is a hallmark of authoritarian rule, not a democracy.

In the 761-page World Report 2021, its 31st edition, HRW examines human rights practices in more than 100 nations. In his introductory essay, Executive Director Kenneth Roth affirms that the incoming Joe Biden’s administration in the United States should embed respect for human rights in its domestic and foreign policy. In a way that is more likely to survive future US presidencies that might be less devoted to human rights. The director emphasizes that, even as the Trump administration mostly left the human rights protection, other jurisdictions stepped forward to rights defenders. The new US administration should seek to join, not replace, this new collective struggle.

Violence against Ahmadiyya religious minority in Pakistan worsened in 2020. With at least four Ahmadis executed for alleged episodes of blasphemy. Among them was Tahir Naseem Ahmad, charged with blasphemy, jailed in 2018, and fatally killed in July, when an armed assailant entered inside a high-security courtroom in Peshawar opening fire on him. The Pakistani government also neglected to revise or revoke blasphemy law terms that have led to arbitrary detentions and prosecutions and provide a pretext for violence against small religious communities.

In August 2020, Pakistani leading women journalists issued a statement condemning the well-defined and coordinated media campaign made of attacks and hate speeches. As well as death and rape threats against women journalists and commentators whose views and reports have been critical of the Islamist Pakistani government.

A month after, nationwide protests occurred across the country to demand police reform after the Lahore police chief made a public speech, suggesting that a woman who had been gang-raped on a highway in Punjab was herself at fault because she should not have been traveling without her husband’s permission on a motorway at late night. Pakistan has been recognized as the global center for Political Islam, better known as the Muslim Brotherhood.

In 2020, Pakistan recorded over 350,000 cases of Covid-19, including from the pandemic outbreak. With little testing available, the actual figures were most likely much higher, HRW said in its report. Partial or complete lockdowns to prevent contagion had a disproportionate effect on female workers, especially those working from home and domestic workers. The Sindh provincial administration took some steps to protect workers from layoffs and ensure their salaries. Statistics from domestic violence helplines across Pakistan showed that domestic violence cases increased 200 percent from January-March 2020 and further worsened during the total Covid-19 lockdowns starting from April last year.