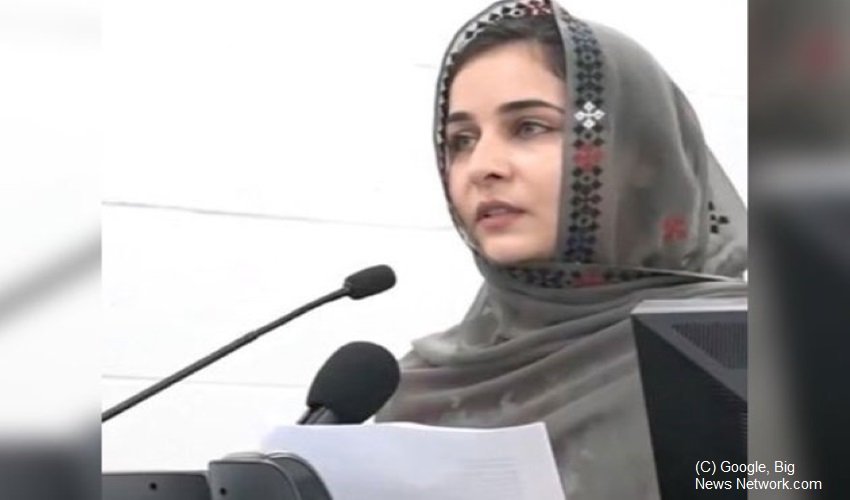 The Toronto police confirmed the news of her death after it launched an appeal in recent days for her disappearance.

Missing last Sunday, the well-known Pakistani activist Karima Baloch was found dead in Toronto, in Canada, where she was living in exile for five years. Thirty-seven years old, from the Baluchistan region, Miss Baloch was one of the main opponents of the Islamabad government on the minority rights issue. The Toronto police confirmed the news of her death after it launched an appeal in recent days for her disappearance. A police spokesman stated on Wednesday that there are still no suspects for her death. In 2016, Baloch was ranked among the hundred most influential women on the planet by the BBC channel for her commitment to defending civil rights in her region of origin.

She was forced to leave Pakistan in 2015 after a series of accusations, including terrorist activities. Once she arrived in Canada, she continued to fight on social media for civil rights in Baluchistan. And her threats also haunted her in Toronto, according to what her friends and colleagues testified. She recently received a threatening letter in which there was talk of a “Christmas present” that would “teach her a lesson.” The sister of the activist said today her death is not a tragedy only for her family, but also for the Baloch national movement. She added that she did not leave Pakistan by her will, but only because fighting for civil rights has become impossible in their homeland.

Karima Baloch: Pakistani rights activist found dead in Toronto. In May this year, editor of Balochistan Times Sajid Hussain was found dead in a river in Sweden. If you're a dissenter of the State even exile won't guarantee safety. https://t.co/BpsHr80Bph

In the Baluchistan province, minorities are carrying a long-standing independence revolt. Baloch was one of the most prominent personalities of this fight. She was the first woman to hold the position of president of the local student organization. The authorities dissolved this group in 2013. Her first public appearance dates back to 2005, when she participated in a protest demonstration on missing persons in her province, where the regime kidnapped thousands of activists, resulting disappeared. At the beginning of this year, another exiled activist, this time in Sweden, the journalist Sajid Hussain Baloch, was found dead after a few days missing. The police did not discover anything strange in his death, related to Karima Baloch, and had ended up recognizing the causes of death by drowning.

In the RSF ranking of freedom of press and expression, Pakistan ranks 145 out of 180 in the world. The situation has deteriorated since former cricket champion Imran Khan took office. Few countries are experiencing a climate of intimidation and terror as in Pakistan in recent months. Journalists and reporters denounce killings, kidnappings, enforced disappearances, and torture by the authorities and security forces.