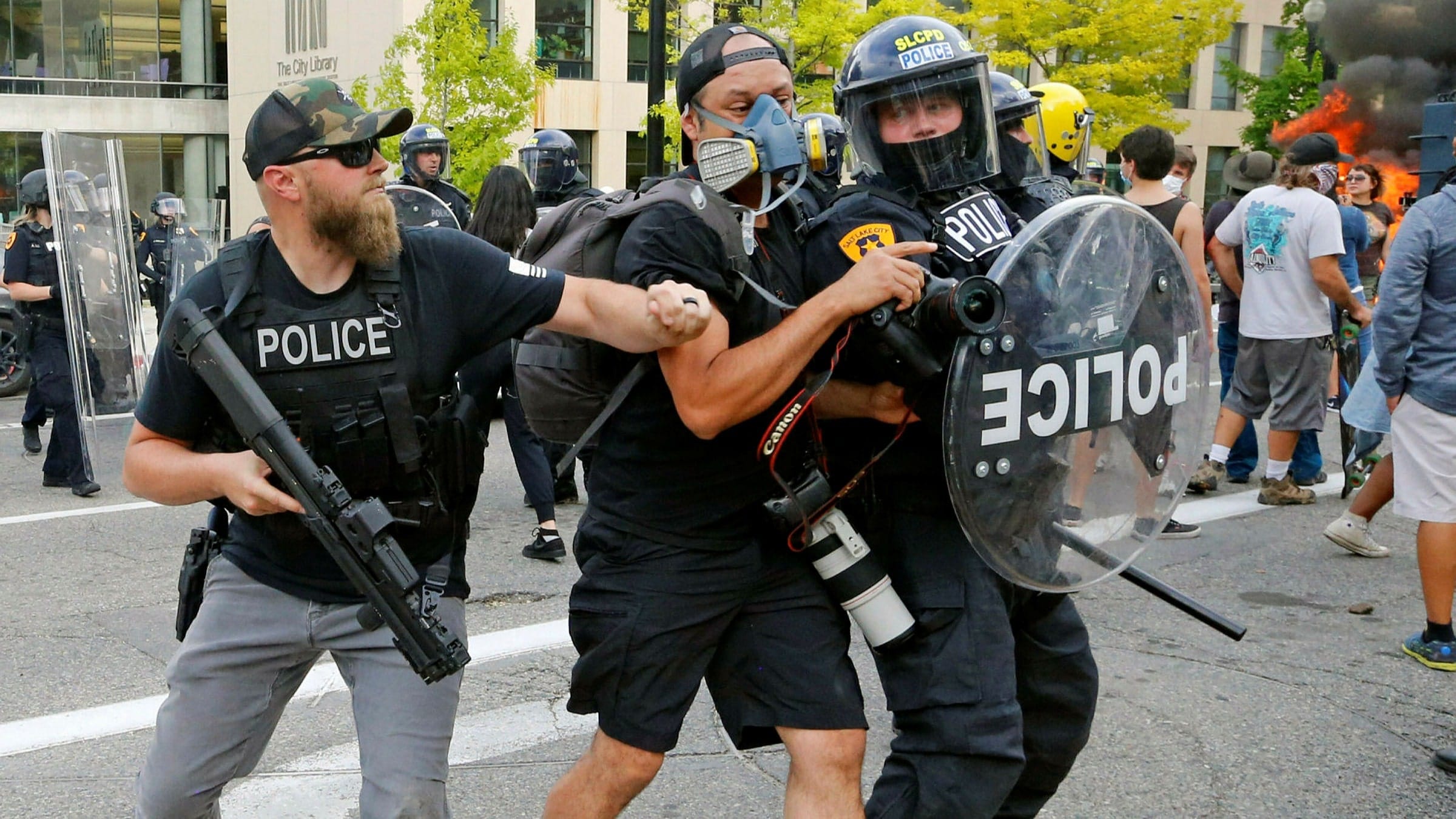 In the United States in the past year, 61 journalists have been arrested, and 198 attacked.

More than 40 million people in poverty, the highest infant mortality rate among the top twenty industrialized countries, 21 percent child poverty, these are just some of the data emerging from a recent report on the social situation in the United States. The report recently presented in Geneva during the session of the Human Rights Council also denounces the systematic violation of the human rights of ethnic minorities, such as Aboriginal Americans, and the denial of the right to vote for ethnic minorities.

The report highlights the worrying social situation in the United States and the attitude of the authorities to deny the evidence of the facts. As evidence of this, US President Donald Trump, after learning of the report, declared that “it is ridiculous that the UN analyses poverty in the United States instead of analysing poverty in third world countries.” In the United States, the report points out, a large section of the population believes that the poor are poor because they deserve it. To solve the problem of poverty, the Trump administration has seen fit to reduce taxation to the richest in the most classic logic, reducing taxes to the rich and creating new job opportunities.

Digging deeper, it turns out that over 10,600 protests have taken place in the United States since the murder of George Floyd on 25 May. The police intervened violently in more than 400, arresting about 9000 people. Just in the first week, police conducted more arrests than since the beginning of the protests in Hong Kong. According to Reporters Committee for Freedom of The Press (RCFP), in Minneapolis, Minnesota, police shot photojournalist Linda Tirado in the face with a foam bullet that broke through her protective goggles, leaving the freelancer permanently blind in her left eye. In Los Angeles, a police officer shoved photojournalist Barbara Davidson to the ground, causing her to hit her head on a fire hydrant. And in New York City, police repeatedly hit Tyler Blint-Welsh of The Wall Street Journal in the face, pushing him to the ground, even though he was wearing a visible press credential issued by the NYPD.

More shocking footage of a journalist being violently arrested in the United States https://t.co/SDDlVWvRYU

Despite all this, the US press, and especially the international one, does not speak of repression or regime, with which they label the governments of Venezuela, Cuba, China, and for a few weeks also for the Belarusian one.

In the United States in the past year, 61 journalists have been arrested, and 198 attacked. In Portland, the police raided a news crew and destroyed the report’s camera, but as it didn’t happen in China or Cuba, the press didn’t give it any importance. The Trump administration has reduced it to 90 days visa to Chinese journalists, and 60 of them had to leave the country, but for the tycoon and western media it is in China that freedom of the press is in danger.

Also, to ensure that the personal data of Americans are managed securely by giants such as Facebook or Google with which the United States government has contracts, in the name of supposed national security, the Trump administration has ordered the Chinese social network Tik Tok to sell their assets to American companies.