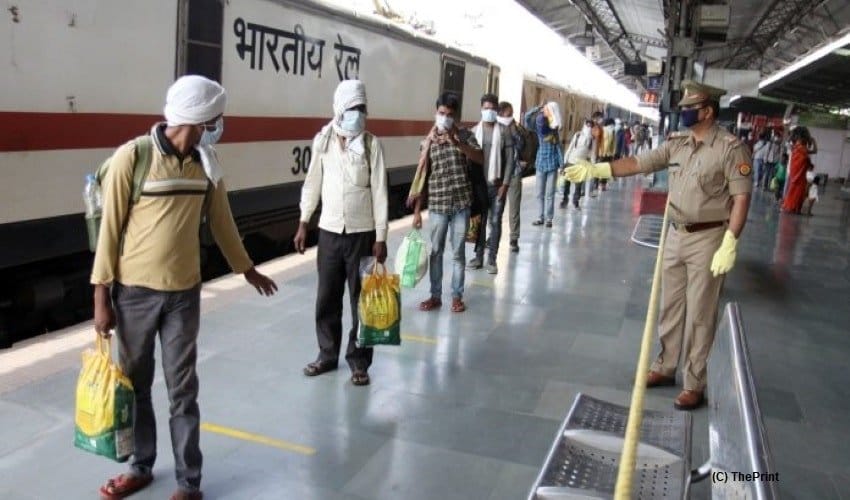 The government is planning to launch a skilling programme to provide employment to those who have returned to their homes due to the pandemic.

The government is planning to launch a skilling programme to provide employment to those who have returned to their homes due to the pandemic.

The onset of the pandemic and the ensuing lockdown in India has seen job losses in a scale never seen before. A majority of these jobs are in the informal sector which is populated by rural workers who have been driven to the cities due to agricultural distress. Now, these migrant workers are returning home in the millions and are being confronted by the very same poverty and joblessness that they fled.

In order to provide them with opportunities for employment, the National Bank for Agriculture and Rural Development (Nabard) is starting a short-term skill development programme in association with the National Skill Development Corporation.

India is giving its migrants the licence to skill #Skilling #Learning https://t.co/b20jWJgqpJ

While the details of the programme are yet to be worked out, Nabard will be rolling it out in the states of Uttar Pradesh, Bihar and Jharkhand. According to government data, over 10 million reverse migrants have gone back home, which includes 3.2 million in UP, 1.5 million in Bihar and 0.5 million in Jharkhand.

The programme will be implemented on a large scale and will be funded mostly by Nabard. It has also tied up with various CSR initiatives by Tata, ACC Cement etc who will participant in skill development and also party fund the programme. The complicated part of the process will involve identifying those in need and matching them with the appropriate skill development centres.

A pilot programme carried out in the state of Assam saw 50 selected trainees being taught courses on carpentry and pickle making over the span of a month. A majority of them were daily wage labourers who returned from states down south where they worked in textile, leather, construction and coal industries. The trainees were between the ages of 23 and 40 and a third of them were women. The programme sought to generate employment opportunities both as job seekers and job creators, according to administrators. Following the training, they will be linked to bank credits so that they may be able to start their own enterprise.

Qatar finally wakes up to labour reforms, convincing migrants workers to stay, could FIFA be the reason