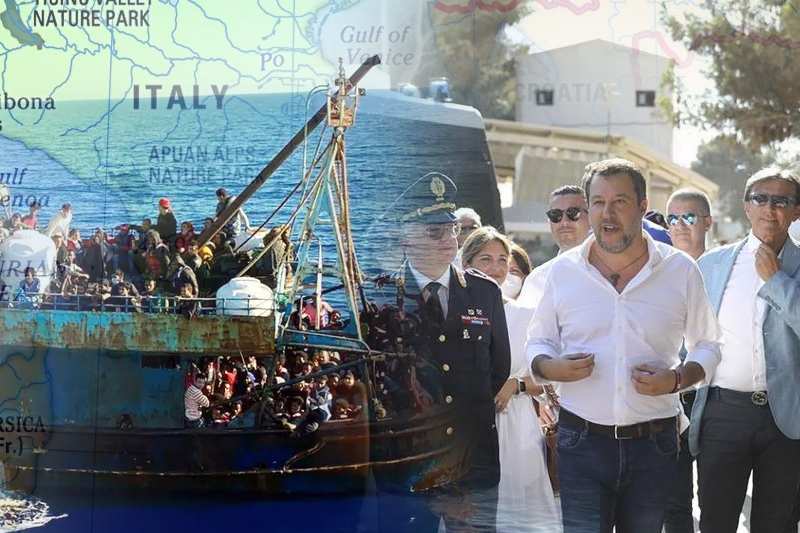 “Lampedusa is the gateway to Europe, it cannot be the refugee camp of Europe,” said former Italian Interior Minister Matteo Salvini.

He visited Italy’s southernmost island of Lampedusa and stated that only 15% of the migrants currently arriving are considered refugees. He did this in connection with the early elections in the country, which will be held next month.

He also noted that the migrant center is overcrowded in Lampedusa and called it unworthy of a civilized country.

The capacity of the center is about 350 people, but there are currently 1,500 people there.

“Who has the right to come to Italy, comes by plane, not on a boat at the risk of his life. Who does not have the right, does not come”, added the leader of the League political party.

If the right-wing coalition wins the parliamentary elections on September 25, he promises to return to his immigration policy.

During Salvini’s short but dramatic 2018-2019 tenure as interior minister, the number of migrants arriving in Italy dropped sharply as he implemented policies of containment, including long government delays in designating safe ports for rescue boats.

He is currently on trial in Sicily, charged with kidnapping in one such case.

“I remember that in 2018, 2019, immigration was absolutely under control. The fight against human traffickers and smugglers was absolutely effective,” Salvini said.

Is migration a problem in Italy?

According to the International Organization for Migration (IOM), the central Mediterranean is the deadliest migration route in the world, with about 20,000 people dead and missing since 2014.

The MSF ship Geo Barents is currently carrying 659 people, including over 150 children.