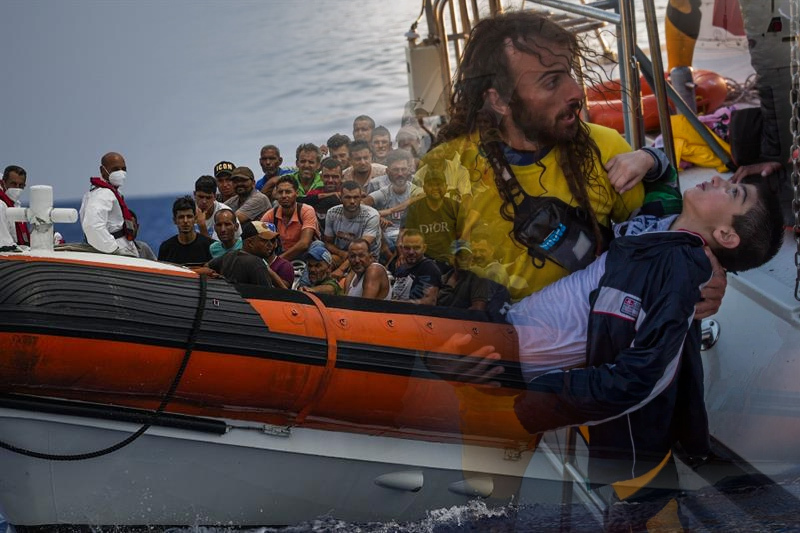 Greece – The Coast Guard said Wednesday that 29 people, all men, were rescued from the sea 33 nautical miles (61 km) east-southeast of Karpathos, the southeastern island between Rhodes and Crete. After a boat with migrants sank at night, rescuers are looking for up to 50 people. This was stated by the Greek authorities, also adding that the migrants were heading to Italy trying to bypass the Greek territory.

The rescued men were from Afghanistan, Iraq, and Iran. They were heading to Italy after sailing from Turkey. They also told authorities that between 60 and 80 people were on board the ship as it sailed through the Aegean.

The rescued also said that the ship had left the Antalya area on the southern coast of Turkey and was heading to Italy when it had problems towards night, which caused the ship to crash.

The most common sea route for asylum seekers from the Middle East, Asia, and Africa was from Turkey to the nearby Greek islands.

But with Greek authorities stepping up patrols in the Aegean, and reports that Turkey is deporting people without delay, preventing them from applying for asylum, many are now skirting the Greek islands and trying to choose a longer and dangerous route straight to Italy. Greek authorities deny that they are carrying out illegal summary deportation of asylum seekers.

This is not the first time migrants have tried to cross the border illegally and have died. At least 64 people have died in the eastern Mediterranean since January, according to the International Organization for Migration (IOM).