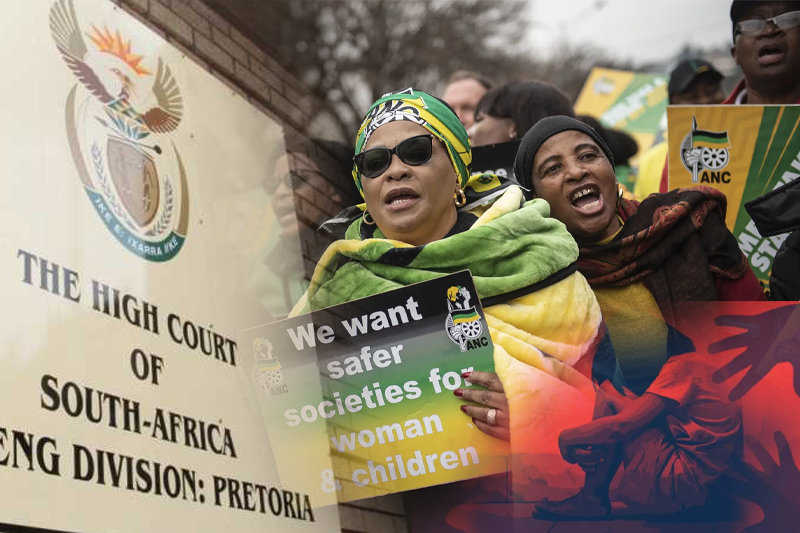 South Africa – Last month, a film crew was attacked while filming a music video in a mine near the town of Krugersdorp. The attacking gang raped the girls and stole equipment. Officials say they are illegal miners who extract gold from abandoned mines.

About 60 men were put on trial on immigration charges and firearms. All of them are considered illegal migrants to South Africa. However, they are now expected to be tried separately due to the severity of their crimes.

The women identified the suspects during a police line-up following the attacks. Though officers say the number of defendants could rise as DNA tests are completed, many of the men involved wore balaclavas when they attacked the crew, who were concealing their identities.

Outside the court, protesters from civil society groups and several political parties gathered to demand that the men be denied bail.

The attacks sparked outrage in South Africa, sparking a string of protests demanding more be done to combat the wave of violence against women.

The country has one of the highest rates of rape and sexual assault, but the conviction rate remains low.

The connection between the attacks and migration has led angry mobs to hunt down foreign miners and burn down their homes in retaliation.

“These horrible acts of brutality are an affront to the right of women and girls to live and work in freedom and safety,” Mr. Ramaphosa told South Africans.

“We call upon communities to work with the police to ensure that these criminals are apprehended and prosecuted.”

So President Cyril Ramaphosa asked for help in bringing the attackers to justice during a nationwide appeal earlier this month.

South Africa’s Women’s Minister Maite Nkoana-Mashabane said the attacks had led to a “crisis moment” and called on the country to “defend the democratic gains” made by women.