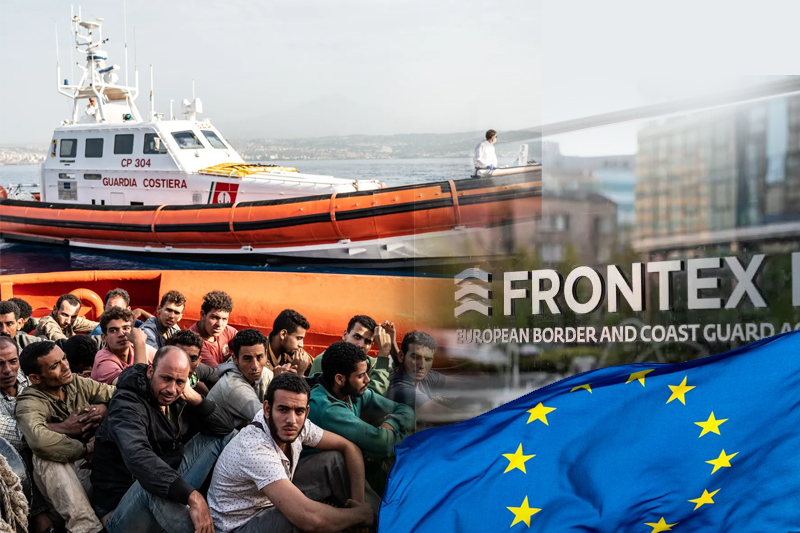 EU – Migrants’ arrival in the European Union (EU) has increased to 86 percent in the first 7 months of 2022, the bloc’s border agency Frontex announced on Friday.

In July, the number of migrants in the EU increased by 63 percent year-over-year to 34,570. According to the preliminary data, 155090 migrants arrived in the EU from January to July, the first 7 months of 2022.

According to Frontex, 7.7 million Ukrainian citizens have entered the European Union since the start of the Russian invasion of Ukraine in February. However, Ukrainian citizens entering the European Union through border crossings were not included in the figures of the preliminary data. On the Eastern land border route, the EU’s border agency registered 2452 irregular crossings between January to June. Most of the migrants were from Ukraine, Iraq and Belarus.

The central Mediterranean route was used by more than 42,500 migrants in the first 7 months of 2022. In June, there were 5651 illegal crossings on this route. Most migrants came from Bangladesh, Tunisia, and Egypt.

The number of detections on the Eastern Mediterranean route was high with 22,601 arrivals of migrants between January to July. The Greek Cypriot administration found out that most migrants came from Syria, Nigeria and Congo.

Migrants made repeated attempts to cross the Channel towards the United Kingdom (UK). Reportedly, some refugees were forced to rely on smugglers to arrive in a safe country. Sometimes, people cross the Channel in the hopes of finding their family who has already made it to the UK.