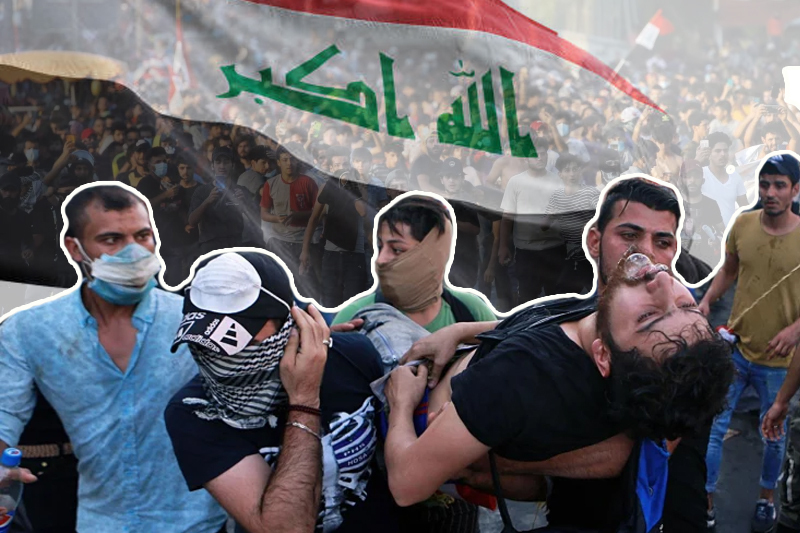 at least 15 dead amid fighting in iraqi capital

Iraq – Dozens of people were injured after protesters loyal to Muqtada al-Sadr stormed the presidential palace. The violence began after Mr. Sadr announced his retirement from politics.

His bloc won a majority of seats in parliament last October, but he refused to negotiate with Iranian-backed Shiite groups to form a government. This led to a year of political instability.

During the night, street fighting broke out, militants exchanged fire, and tracer shells continued in what was one of the most brutal acts of violence that took place in the Iraqi capital in recent years.

Most of the fighting took place around the city’s Green Zone, where government buildings and foreign embassies are located. The staff of the Dutch embassy was forced to move to the German part because of the clashes.

Iran has closed its borders with Iraq due to the fighting, and Kuwait has called on its citizens to leave the country immediately.

Medics said 15 Sadr supporters were shot and about 350 other protesters were injured.

A spokesman for UN Secretary-General António Guterres said he was alarmed by the developments and called for “immediate steps to de-escalate the situation.”

And Mustafa al-Qadhimi, Iraq’s interim prime minister and Sadr ally, announced a nationwide curfew after riots in several other cities. For now, Mr. Sadr has gone on a hunger strike until the violence and use of weapons by all parties ceases.

Mr. Sadr, one of Iraq’s most recognizable figures, has defended ordinary Iraqis suffering from high unemployment, constant power cuts, and corruption. He is one of the few figures who can quickly mobilize hundreds of thousands of supporters into the streets. Hundreds of people have camped outside the parliament building after it was stormed twice in July and August to protest the stalemate.