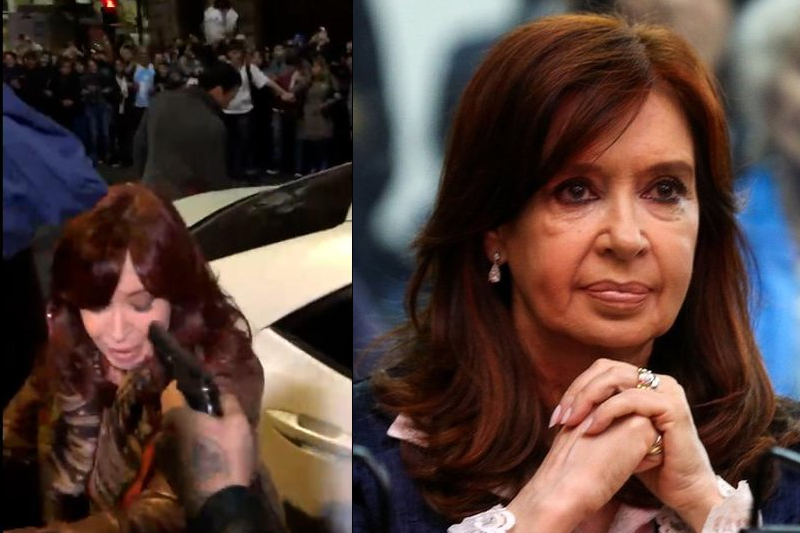 Argentina – A gun was pointed at Argentine Vice President Cristina Fernandez de Kirchner in what could be considered an attempt on her life. The man who did this was arrested.

The incident in which Fernandez de Kirchner appeared unscathed occurred when she greeted supporters outside her home in Buenos Aires’ Recoleta neighborhood at 9 p.m. Thursday.

According to President Alberto Fernandez, Fernandez de Kirchner only survived because a pistol loaded with five bullets failed to fire.

“A man pointed a firearm at her head and pulled the trigger,” the president said on a national broadcast. “Cristina is still alive because, for some reason yet to be confirmed, the gun … did not fire.”

He called it the most serious incident since they restored democracy in 1983 and urged political leaders and society at large to reject the incident.

The Argentine newspaper Clarín reports that a 35-year-old Brazilian was detained at the scene.

The events were filmed on television outside Fernández de Kirchner’s home, where supporters had been gathering for several days to protest the allegations of corruption brought against her in court.

The footage shows the man pushing his way through the supporters, bringing a gun to Fernandez de Kirchner’s face and trying to shoot, but failing. Some reports say the man pointed a gun at Fernandez de Kirchner but did not fire. The two-time former president, Argentina’s leading political figure, can be seen reacting by covering his face and hunching over. As it became known, she was not injured.

Following the incident, Fernández de Kirchner’s Frente de Todos party said in a statement: “The incitement to hatred emanating from different spheres of political, media and judicial power against the former president, only led to a climate of extreme violence.”