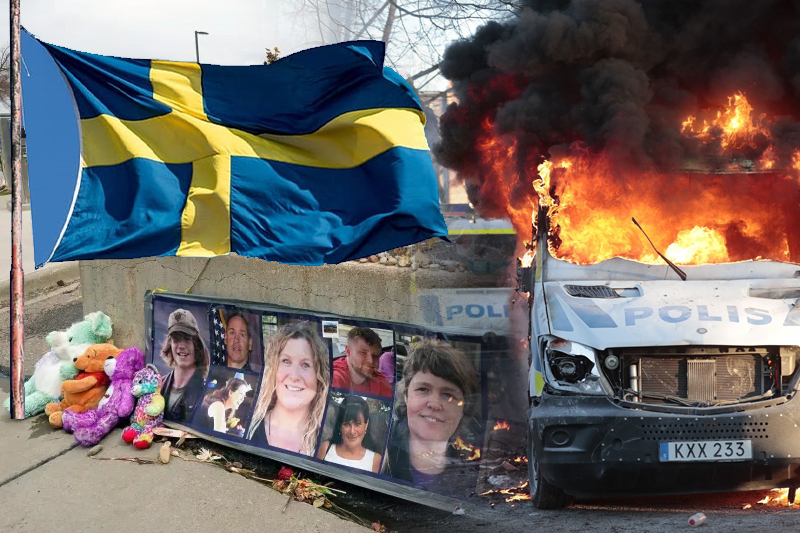 Sweden – A surge in gun violence and gang violence was the focus of the campaign, which was described by the Swedish media as one of the ugliest election campaigns in history.

Gotzunda is notorious for drugs and shootings and is classified by the police as one of the 10 most vulnerable areas in Sweden.

But despite Sweden’s right-wing media calling it a “no-go zone,” parents here ride bikes home from preschool with their toddlers, while middle-class families at a local shopping mall pile groceries into electric cars and bike baskets.

Several high-profile arrests in the area have helped reduce violence in recent months. But according to the Swedish National Council for Crime Prevention’s 2021 report, gun crime in Sweden is growing at a faster rate than anywhere else in Europe.

As Swedes prepare to take part in Sunday’s general election, polls show that crime is one of the top concerns for voters.

It is therefore not surprising that the campaign has been dominated by debate about the cause of this surge in gang violence and how to deal with it.

Sweden took in a record number of refugees in 2015, and the fact that most of the recent clashes are taking place in areas with large numbers of immigrants has added fuel to the debate over the country’s integration policy.

“We have taken in many immigrants here and… they haven’t been integrated, maybe they don’t want to be,” says Alexander Jennerstig, a 28-year-old warehouse worker.

Polls show that the Swedish Democrats are currently the second most popular party in the country, behind the ruling Social Democrats and just ahead of the centre-right moderates.