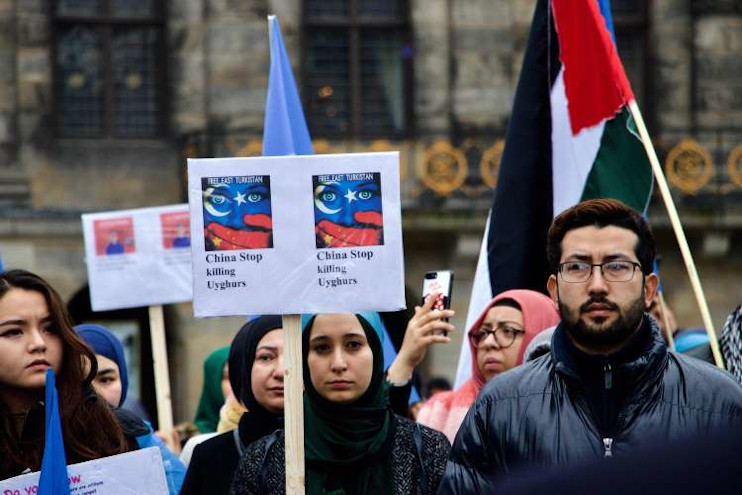 During the weeks before the spread of the coronavirus, China had ended up in newspapers around the world for a completely different story: the human rights violations of the Uyghurs, an ethnic majority Muslim who inhabits the western region of Xinjiang. For several months, following some international investigations, there have been extensive requests for European countries and more specifically the European Union to do something concrete to promote respect of human rights in China.

The Uyghurs are a minority of Muslim religion speaking a language of Turkish origin. They are mainly found in the vast region of Xinjiang, where they are more than half of the 25 million inhabitants: about 1.5 percent of the Chinese population lives in the region, but according to the Chinese Human Rights Defenders organization, 20 percent occurs arrests and killing. The Chinese central authority has always disliked the Uyghurs for their ancient independence pushes, which led to repressions already in the era of Mao Zedong and which have become more severe in the last twenty years, since the government presented the campaign against the minority as a fight against terrorism. The Xinjiang region is notoriously one of the most supervised places in the world: the inhabitants are subjected to daily police checks, facial recognition procedures and mass wiretaps.

Last year an investigation by the New York Times in the region documented for the first time a vast network of fields defined as “transformation through education”, active since 2014, in which the Uyghurs are indiscriminately locked up. According to “The New York Times”, more than one million Uyghurs and other people belonging to ethnic minorities of Muslim religion have lived in these prison camps for a period. In recent months, the Chinese government has tried to dismiss allegations of systematic human rights violations in Xinjang. In reality, it seems that the violence has even increased.

The events surrounding the Uyghurs are relatively recent, but the definitions of human rights of the West and the Chinese government have not overlapped for decades. For the European Union, human rights above all mean the freedom to freely express one’s opinion and religion, to vote for the party you prefer, without being discriminated against for your ethnicity or sexual orientation. China has a narrower vision, which concerns more the socio-economic aspects of emancipation from poverty, and less those typical of western liberalism: after all, in China there are no free elections, the practice of religion is strictly controlled by the state, as well as newspapers and tv.

As reported by “The post”, the European Union has long chosen the path of diplomacy to try to influence the concept of human rights that still exists in China today. Also because the issue is only one of those currently open with China, ranging from trade relations – to date there is no single comprehensive agreement between China and the EU – to the expansion of Chinese companies such as Huawei in European countries, passing for the exchange of technologies such as those on batteries to power electric cars, and not least the common respect for the Paris Agreement on climate.

European Union can do very little to put pressure on human rights with China, as it risks compromising all other negotiations. This is why, for example, that the EU-China Dialogue on Human Rights at the 37th working table will not have significant short-term consequences: it also has to do with the fact that the table is managed by the European Commission, the executive body of the European Union, which is dealing more or less directly with all the open issues with China listed above.

As for several other issues, the European Parliament is able to do much more than the Commission – trivially, because it has less foreign policy competences – and has made two decisions on violence against the Uyghurs, largely symbolic but not less important. The first is to assign the Sakharov Prize, the annual prize for the protection of freedom of expression, to the economist and civil activist of the Uyghurs Ilham Tohti, one of the leaders of the Uyghur minority rights movement. In 2014, Tohti was arrested by the Chinese authorities shortly before moving to the United States to teach at an American university: he was tried for “separatism” and sentenced to life in prison. He is currently in prison and was unable to collect the prize. His family hasn’t heard from him for months, and it’s unclear if Tohti knows he has won the award. In mid-December the prize was received by Tohti’s daughter, Jewher Ilham, who has long campaigned for his release.

Few weeks ago, then, EU Parliament adopted by a large majority a very tough resolution accusing the European Union of doing too little to convince China to adopt a shared definition of human rights, and invites the other European institutions, Commission and Council, which have decisional power, to adopt individual sanctions for Chinese party officials responsible for the violence in Xinjiang. A Chinese government spokesman responded to the resolution by accusing the European Union of “interfering in China’s internal affairs”, an accusation that often addresses countries that are concerned with Chinese human rights abuses.