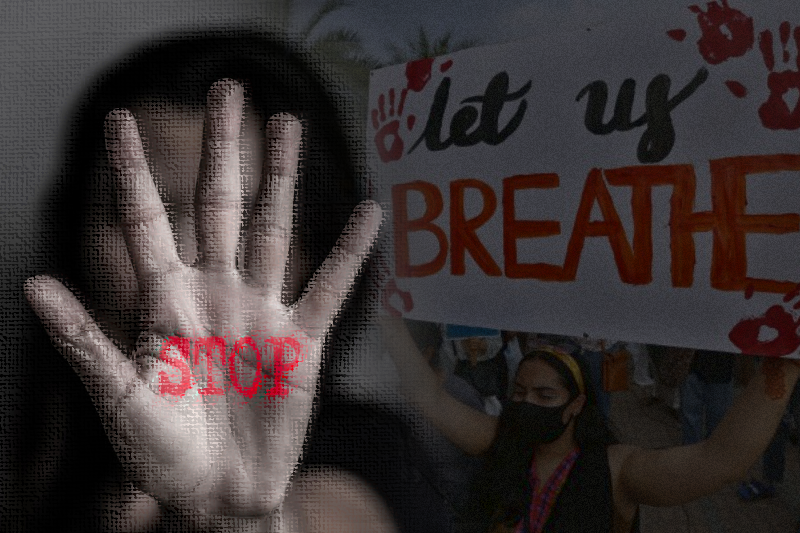 Argentina – is burning in anguish over recent gang rape in broad daylight, brining the spotlight on the country’s prevalent ‘rape culture’. The incident has prompted fresh and invigorated calls for men to play a bigger and active role in Argentina’s fight against violence based on gender.

In February on a holiday Monday afternoon, a 20 year old woman was assaulted and raped by six men in a parked car in Palermo, one of the busiest neighbourhoods of Buenos Aires. Two men kept a watch outside the car while the woman was being assaulted, playing a guitar as an apparent attempt to divert the attention from crime scene. The woman was rescued by a couple and soon the police arrested the men as crowd hurled abuses at the men for committing horrific crime. All six men, aged between 20 and 24 years, have been charged with rape which is aggravated by involvement of two or more people.

All men remain in custody with court having placed an embargo on the assets of all the six accused. Two men have however, denied the allegations.

“It’s your brother, your neighbour, your father, your son, your friend, your colleague at work,” Elizabeth Gómez Alcorta, Argentina’s minister of women, gender and diversity, said in a tweet following the gruesome attack. “It’s not a beast, it’s not an animal, it’s not a pack with unstoppable instincts. None of the acts that horrify us are isolated. Everyone responds to the same cultural matrix,” said Alcorta. “We need men to be part of the [feminist] struggle.”

Argentina is leading the Latin American revolutionary scene of pro-feminism and trans feminism related movements. In 2020, a landmark law was passed in Argentina that legalized abortion in the country. Furthermore, a series of government polices have been introduced aimed to abolish gender based violence in the country. But still Argentina records a high number of feticide with one woman at least being killed every 30 hours.