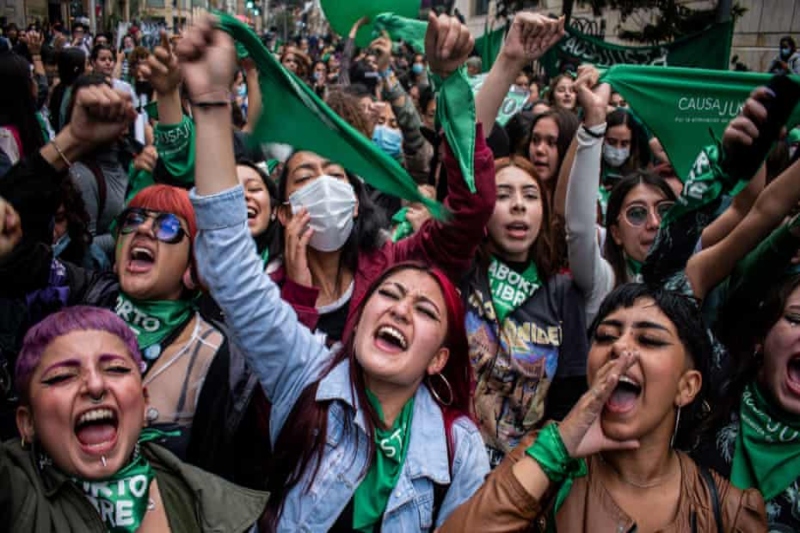 Cambodia – In what is being dubbed as a historic and milestone win for human rights for women, Colombia has decriminalized abortion during initial 24 weeks of pregnancy. Campaigners and activists in Latin America are celebrating the big legal battle for reproductive rights.

Earlier in Colombia, abortion was permitted only in cases where there was a danger to health or life of the pregnant mother; existence of life threatening abnormalities in foetus; or when pregnancy was result of rape, incest or non-consensual artificial insemination. The constitutional court of Colombia ruled five against four on Monday evening to decriminalize and legalize abortion in the country. With this Colombia has become the third Latin American country to lower laws against abortion after rulings in Mexico and Argentina.

“We celebrate this ruling as a historic victory for the women’s movement in Colombia that has fought for decades for the recognition of their rights,” said Erika Guevara-Rosas, Americas director at Amnesty International, in a statement. “Women, girls and people able to bear children are the only ones who should make decisions about their bodies.” Guevara-Rosas added, “Now, instead of punishing them, the Colombian authorities will have to recognise their autonomy over their bodies and their life plans.”

As the ruling was announced, people in favor of the rights came down on the streets clad in green, the color chosen by the pro-choice movement. The protesters celebrated momentous win in front of Colombia’s constitutional court in downtown Bogotá, the capital. Abortion rights groups, collectively called the Green Wave, had sued to have abortion removed from the penal code from Colombia’s constitution.

Groups for reproductive rights have estimated that as many as 400,000 abortions are conducted each year in Colombia, with only 10 per cent being carried out legally. During 2020, at least 26,223 unsafe abortions were performed across Colombia, according to data by Profamilia – a local reproductive healthcare provider.

“We applaud the constitutional court’s legal and political courage in recognising that women and girls are not second-class citizens,” said Paula Avila-Guillen, an international human rights lawyer and executive director of the Women’s Equality Center, based in New York. “In constitutionally protecting our autonomy over our own bodies and lives, the court is changing the lives of millions of vulnerable women and girls disproportionally harmed by abortion restrictions.”