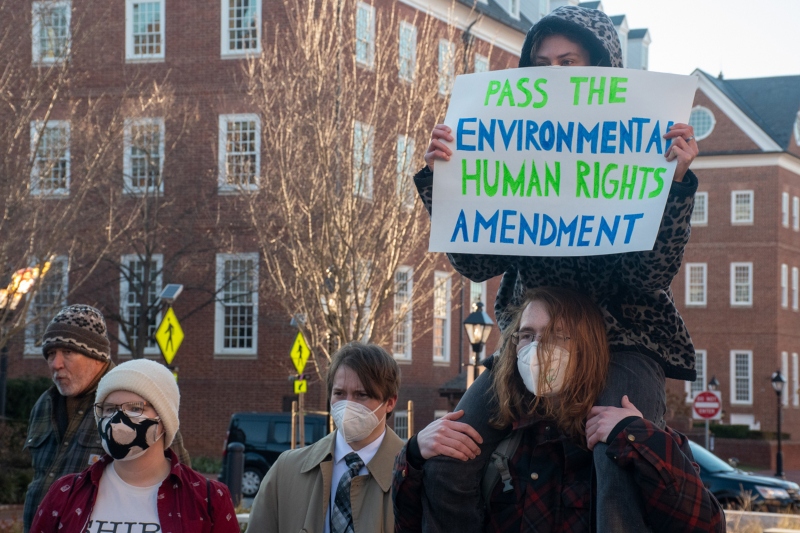 United States – Environmental rights are as much part of human rights as any other basic need, stress students in Annapolis as they rally to bring out the adversities of climate change.

Students are not only bringing out disparities in the promises made by the government and its execution but also highlighting the need to make environmental rights a part of human rights. Nearly a dozen students were seen gathering in the state capital on Friday.

The students gathered with full enthusiasm on the streets despite the cold weather and medium to heavy winds. The loudest of voices was of 15-year-old Kerrington Scott who wanted her demands to be heard and acted upon as fast as the government could. “If [politicians] won’t listen to the next generation, who will they listen to,” they were seen questioning.

Scott was photographed wearing a white puffer coat to counter 25mh wind which went through Lawyers Mall in Annapolis. She echoes voices of 50 others to demand lawmakers to make it possible for the residents of Maryland the right to a clean and healthy living.

The student from the Bard High School Early College said that as students they have to demand what they want especially after having gone unheard about such issues for the longest time. “We have been told we’re too young for this, or it’s a bigger issue than we think,” the youngster added. Students were not from just one college as different universities saw a participation in the rally called by Maryland State House. The colleges which were included are Loyola University Maryland, Johns Hopkins University, St. Mary’s College of Maryland, Annapolis High School and a few others.