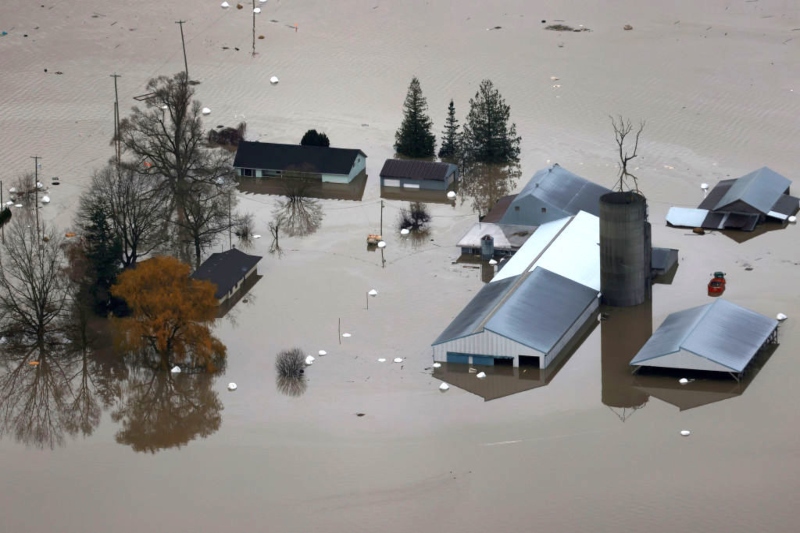 Canada – Environmental catastrophe has caught the migrant workers off guard in Canada. Earlier, it was forest fires that devastated parts of Canada. Then, in British Columbia there was flooding. The worst effected have been migrant workers who have not been covered under any government scheme to handle such environmental led damages that have hampered their living conditions and work as well.

The deluge created by the record rainfall that hit BC for two days, washed out vital infrastructure. Flooding cut Vancouver off from the rest of Canada and submerged key roads and railway lines. Observers note that the intensity and volume of rainfall is yet another incontrovertible sign of climate change.

Flooding in BC has worst effected agricultural migrant workers. Without many benefits, they suffered at the hands of robbed off a category of work to which they are entitled, migrant farm laborers were stuck.

Floods forced workers out of the farms they were working in. Farm owners didn’t supply them with refuge so they had to relocate to other farms.

After coordinating with local consulate offices and employers, some of the workers were eventually able to take refuge in shelters and others were relocated to different farms. The situation at that time for some workers was kind of scary. Some of them couldn’t get their passports on time either.

Many lost their daily wages, their only mode of survival as farm owners stopped extending them help after floods. Despite paying for an employment insurance, many workers could not avail their benefits. The provincial Ministry of Labour has stated that employers must honor the contracts, but it’s unclear if the ministry has the intention, or even the capacity, to enforce these obligations in the near term. Many of the workers’ families rely on the paychecks, which are commonly sent back to their countries of origin.

Additionally, because the visa of a migrant worker is connected to that of their employer, they could not use their insurance benefits unlike those with open visas for work. Unfortunately, the visa rules for agricultural work is not in favor of the migrants. It prevents them from unionizing as well. A majority of migrant farmworkers are employed through the Season Agricultural Worker Program (SAWP). The scheme provides temporary visas to farmworkers from Mexico and Caribbean countries.