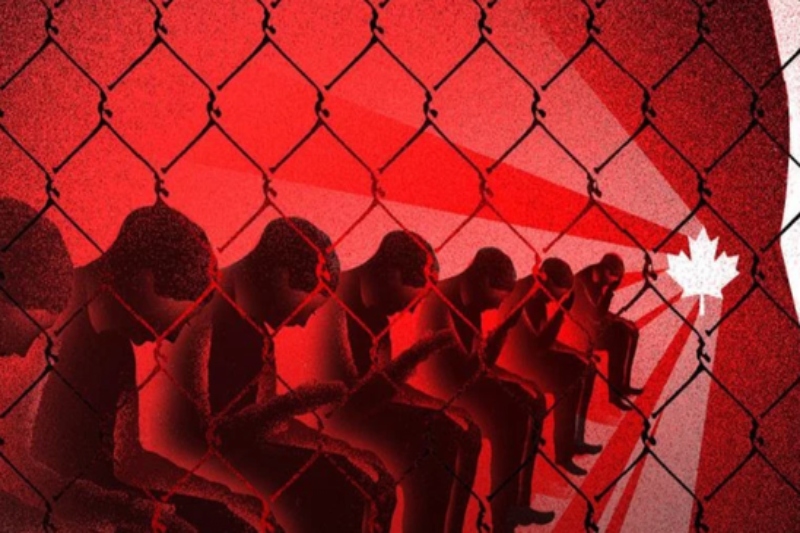 Canada – along with many countries are indulging in forced immigrant detention, a latest human rights report has revealed. The 94-page report Dismantling Detention: International Alternatives to Detaining Immigrants, has closely examined detention in six countries: Bulgaria, Cyprus, Spain, the United Kingdom, Canada, and the United States.

The report is now suggesting some alternatives to such disturbing practices. The intent is to provide governments models that can ensure more humane and rights-respecting approaches.

Commenting over the situation, Jordana Signer, Sandler Fellow in the Refugee and Migrant Rights Division at Human Rights Watch said, “Detaining people based solely on their immigration status is harmful, expensive, and ineffective as a deterrent. Instead of penalizing people who may have fled violence and other injustices, governments should protect their rights and provide them with critical services, such as legal assistance, mental health support, and housing.”

Many human rights groups are now suggesting the introduction of community-based case management programs. These could be a good way to provide a holistic set of services, including access to legal aid and guidance on securing basic necessities such as housing and employment.

They have also asked for the abolishing of intrusive and insulting alternatives like ankle monitors and other devices that provide continuous location tracking. Used widely, such methods are rarely necessary. When US immigration authorities release people from detention, they often put them on ankle monitors. They have said to have both psychological and social repercussions on immigrants.

In comparison, community-based case management programs are said to have better success rate and therefore have been widely used in Europe.

Additionally, such programs are more cost effective as well. Canada uses voice-activated surveillance technology that also raises privacy, discrimination, and reliability concerns, although it appears less intrusive and burdensome than other such systems. People are required to call a number on a designated day and repeat a pre-recorded phrase. The program uses voice biometrics to confirm identity and records the person’s location if they are using a cell phone. While the flexibility that the voice technology system affords can relieve some stress, it is also open to abuse in the absence of effective limitations and procedural safeguards regarding how data is collected and used.

“Alternatives have proven not only more humane than detention but effective in achieving immigration enforcement goals at a lower cost than detention,” Signer said. “All governments, including the United States, should expand the use of case management instead of detention, and offer people who are often in highly vulnerable situations support while they navigate complex bureaucracies and legal systems.”