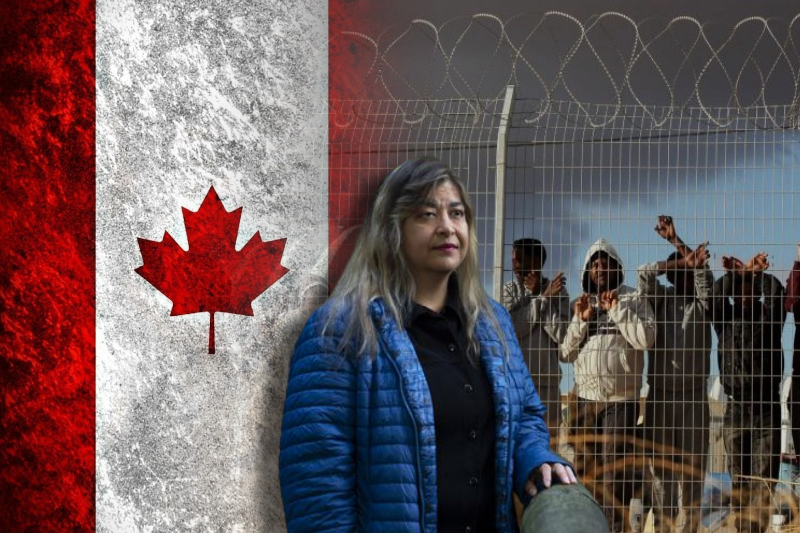 Concerns over safety of asylum seekers in Canada rise

Canada – Human Rights groups are highlighting the mistreatment of asylum seekers and refugees in Canada after it was found out that they were being detained in provincial jails after an agreement between the federal government and the provinces.

The Human Rights Watch and Amnesty International both highlighted the issue stressing that this way the Canadian administration is playing with the rights of the people. They also stated that the provincial government should put an end to their agreement with the federal government to ensure the safety of people.

Experts are scared of abusive treatment, conditions further leading to many other mental health issues in the jails after the detainment of these refugees. To address the issue in a better way and increase its impact, the two organizations have joined hands to start a campaign called ‘Welcome To Canada’.

The Canadian authorities have not yet accepted their negligence in the services being provided to the asylum seekers and are releasing data that claims freeing the refugees from the immigration detention centres after the onset of the pandemic.

However, the authorities are hiding the fact that there has been double the increase of people in provincial jails than those in the immigration holding centres in the last six months.

The prisons in Canada are equipped with facilities for people who are yet to be acquitted or are waiting for their sentences. But it is unfair for the Canadian authorities to hold these people in such restrictive facilities as those living in the immigration holding centres have a much more relaxed environment.

One of the officials from HRW Samer Muscati also condemned the act saying that it means that the authorities of the Ottawa province will be implicated for human rights. He further added, “The provincial governments have a real opportunity to show leadership by walking away from these contracts that allow serious violations to happen in their own backyards.”

Despite the authorities not confirming the details, a statistics earlier released by the government reveals that in the span of three years, nearly one fifth of immigration detainees were held in 78 provincial jails across Canada. After the outbreak of the Covid-19 pandemic, almost 50 percent of the immigrant detainees were beheld in provincial jails. Amnesty also came in support of these refugees and one of its officials also stressed that with the campaign in place, they will highlight the kind of abuses these immigrants face. It will force the federal government as well as the provinces to take necessary steps in this regard.