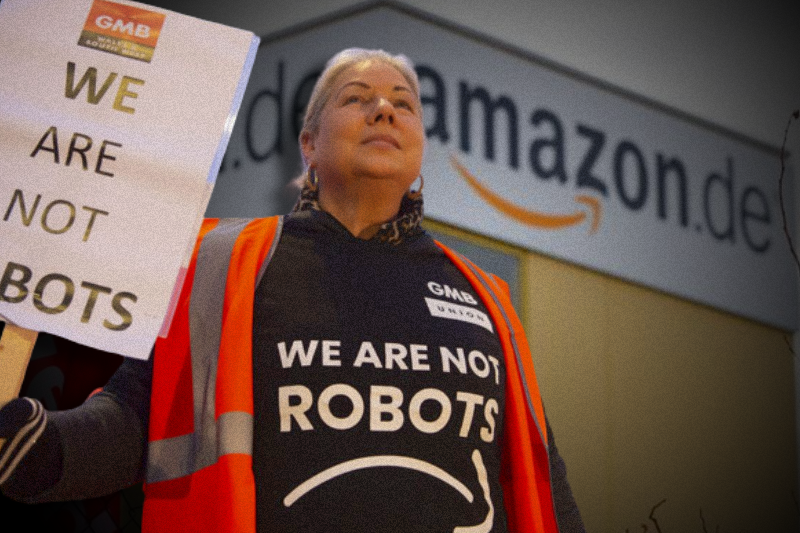 Europe – Verdi, one of the largest trade union in Germany has called on employees at six Amazon warehouses across the European country to go on strike on Monday and Tuesday, demanding better working conditions at these workplaces. The two day strikes by Amazon workers in Germany coincide with Equal Pay and International Women’s day, respectively on these two days. Germany’s trade union Verdi said that the timing of mass protests highlights the wide gap between the “public image and reality” at Amazon.

After United States of America, Germany presents as the second largest market for Amazon. However, the giant noted that planned strikes would not be impacting deliveries to customers.

The strike have been called out by Verdi at Amazon warehouses in Bad Hersfeld, Rheinberg, Werne, Koblenz, and Leipzig.

The main demand by the union is that Amazon must formally recognize “collective labor agreements in the retail and mail order sectors”. It is to be noted that Verdi has reportedly raised this request to Amazon multiple times over past few years. Verdi said Amazon presented itself as “an organization, in which diversity and equality are highly regarded.”

“The individual, their performance, and personal circumstances of employees are ignored,” said Mechthild Middeke, strike leader for Verdi in Bad Hersfeld. “The consequences are work stress and pressure to perform,” Middeke added. She stressed that additional burden is especially on women workers.

In a statement released on Monday, the United States online retailer giant stressed that opportunities for professional development are in abundance at Amazon irrespective of the gender of employees. “Amazon already offers excellent wages, excellent additional allowance and excellent career opportunities in a safe and modern work environment,” an Amazon spokesperson said on Monday. “The wages for logistics employees had already been raised last Summer,” the spokesperson added. Furthermore, as a result “annually, everyone at Amazon earns at least €12 ($12.98) gross per hour plus extras.”