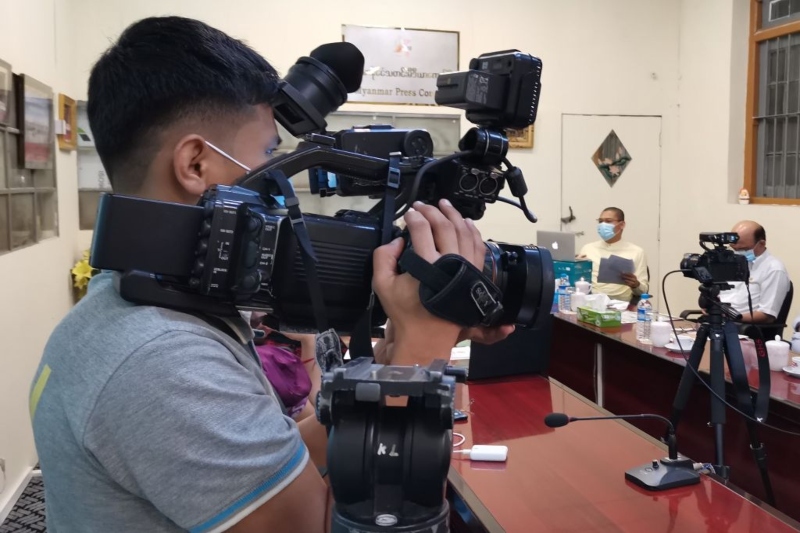 Myanmar – Given the present state of Myanmar, it is not shocking that journalists, human rights workers, officials working towards re-establishing democracy and porters are the ones suffering the most.

However, more than the physical torture, a report states that human rights workers and journalists are struggling with mental health. The torture on them is taking over their mental state and is putting them at greater risk than before.

They are present there serving to protect humanity, to listen to the voices who have been tortured during this military transition, and yet somehow, they are the ones to suffer more. The report mentioned human rights workers, who did not reveal their real name for safety reasons.

The person goes by Dan. He is an investigator working towards identifying human rights atrocities in the military controlled nations. He has till now conducted several interviews with victims and witnesses of the atrocities that took place in the territory.

Dan also kept monitoring photographic and video content of suspected human rights violations and war crimes but till now he always felt positive about his work but now he started to doubt the situation.

“I always thought I was going to be fine. I knew this job would be difficult for sure, but I didn’t realize the extent to which these anxieties, fears or worries were going to get to me,” said the human rights workers.

He added that he has been feeling guilty for comparing himself to the people who he has been interviewing, knowing that somewhere both sides are suffering. The activist also said that he doubts himself saying that he did not do enough which is putting people’s lives at risk. This itself shows how mentally draining it has become for human rights defenders and those reporting on it to keep their sanity intact and do what their work requires them to do. The constant pressure is creating difficulties in their task making it further difficult to stay true to their morals.