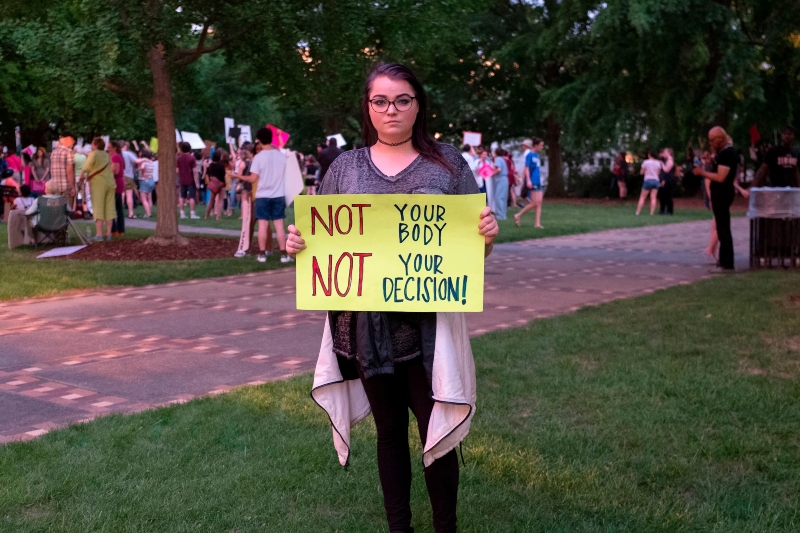 how celebrities speak against the overturn of the abortion law

United States – Overturning abortion might sound cruel; but before it becomes a moral dilemma, it is a huge drain on the lives of women in the middle- and lower-income groups in America. News broke this week that the landmark 1973 ruling that legalized abortion across the U.S. may be repealed, garnering support from a number of conservative figureheads.

Many celebrities have spoken about it and have also protested against the ruling. Apparently, a leaked first draft written opinion written by Justice Samuel Alito states that, “We hold that Roe and Casey must be overruled. It is time to heed the Constitution and return the issue of abortion to the people’s elected representatives.”

This 98-page document is not binding but has got the social media buzzing with criticism over the overturning of this decision. Last September, in advance the court’s hearing in a case challenging the constitutionality of a Mississippi law banning abortion after 15 weeks, the Human Rights Watch had joined dozens of other groups in submitting amicus briefs providing additional context for the court to consider. The lesson the was clear: ‘If an abortion ban like the one in Mississippi becomes law, it will be catastrophic’, their website article said.

Sharing a photo of Hillary Clinton—who was defeated by Donald Trump in the 2016 presidential election—Kathy Griffin also expressed her opposition to the news.

“Roe v Wade has been overturned,” she wrote. “Yes, I know. Stay in my lane. Well, I’d love to be posting about the met gala but this is the only attendee I care about. President Hillary Clinton never would’ve let Roe be overturned.” Ever Carradine, who plays Naomi Putnam in The Handmaid’s Tale—which tells the story of a sexist dystopian society—reacted by using one of the terms used in the popular show as she wrote: “Under His Eye.” She further added, “I am already on this show; I don’t want to live it! Trust women, trust women! Trust them to make the right decision about their bodies.”