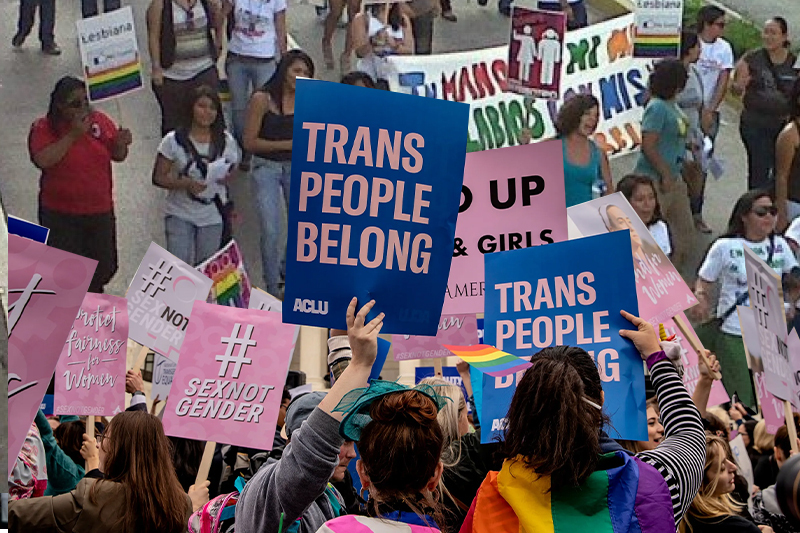 A recent report by global rights watchdog Human Rights Watch and COMCAVIS TRANS has highlighted the plight of transgender people in El Salvador as they continue to face discrimination due to lack of legal gender recognition. The 40 pages long report by the two groups has been titled “‘We Just Want to Live Our Lives’: El Salvador’s Need for Legal Gender Recognition.”

The report highlights evident discrimination faced by people of transgender community on a daily basis, primarily due to a big lapse between their identified gender and the identity documents. The report further advises the country’s Legislative Assembly to comply and follow a recent ruling by the Supreme Court for creating a simple, yet efficient process that would allow the transgender people in El Salvador to “accurately reflect their self-declared gender identity on identity documents”.

“El Salvador’s Supreme Court has made patently clear that trans people have a right to their identity, and now the Legislative Assembly should comply with the ruling and ensure the rights of trans people,” said Cristian González Cabrera, LGBT rights researcher at Human Rights Watch. “Without such legislation, trans people will continue to be disadvantaged in society, exacerbated by the generalized violence and discrimination they face in all aspects of life.”

The research for report by Human Rights Watch and COMCAVIS TRANS

The research was carried out while focusing on the discrimination faced by transgender people in four areas – health, voting, employment and banking. It was found by Human Rights Watch and COMCAVIS TRANS that the reason for impeding justice for transgender people is a combination of lack of accurate documentation, along with bias against the trans people.

Constitutional Chamber of Supreme Court of El Salvador had ruled in February, 2022 that the country’s constitution prohibits any discrimination based on the gender identity of people. It then gave the legislature a period of one year to chalk out an effective process to enable trans people to change their names in identity documents.