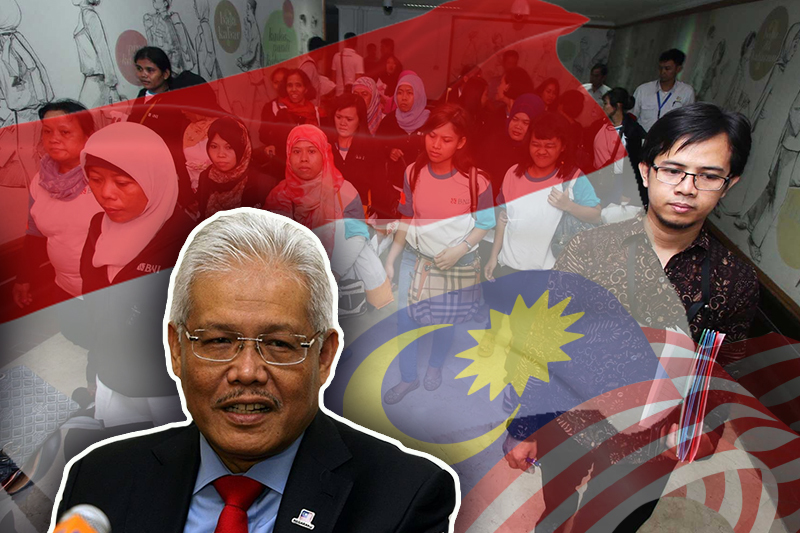 indonesia’s ban on sending migrant workers is due to

Indonesia – According to Home Minister Datuk Seri Hamzah Zainudin, the “misunderstanding” about Malaysia’s Memorandum of Understanding (MoU) with Indonesia will be cleared up shortly, allowing the republic to resume sending employees our way.

Hamzah described the problem as the consequence of a “communications breakdown” and stated that talks to fix it had already started between his ministry and the ministry of human resources. He argued, however, that the “issue” ought to have been resolved in secret between the government representatives of the two nations rather than made public.

“This is to clear up any miscommunication” (between Malaysia and Indonesia).

As previously reported, Indonesia has stopped sending its citizens to work in Malaysia as of yesterday. This is because Malaysia’s immigration authorities continued to use the Maid Online System (SMO), despite the fact that both nations had signed an agreement to only use the One Channel System (OCS).

The freeze is the most recent setback for Malaysia, the second-largest producer of palm oil in the world and a crucial link in the global supply chain, which is dealing with a labor shortage of 1.2 million people that threatens to stall its economic recovery.

According to reports, Hermono, the Indonesian ambassador to Malaysia, alleged that Malaysia had violated the terms of the MoU by failing to follow them.

When questioned about the timing of talks with Indonesia, Hamzah responded that they had already begun and yet needed some “fine-tuning” before any formal statements could be made. Prime Minister Datuk Seri Ismail Sabri Yaakob directed both ministries to address the issue on Friday, adding that delaying a decision would lead to problems between the two Southeast Asian nations.