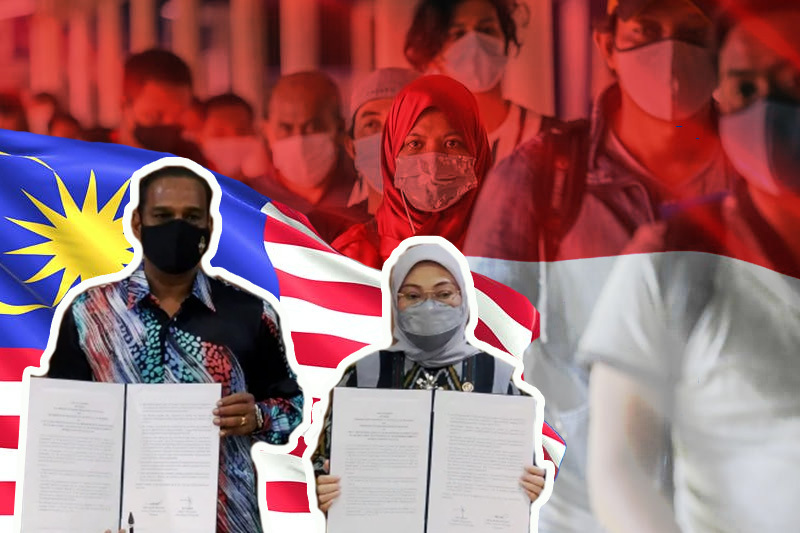 Malaysia – Indonesia agreed to abolish a ban on bringing migrant workers to the nation beginning August 1 after the neighbours resolved issues about workers’ rights, according to Malaysia’s human resources minister.

The arrival of migrant workers will help Malaysia, the second-largest producer of palm oil in the world and a crucial link in the global supply chain, address its 1.2 million-person labour deficit.

Due to a breach in an agreement meant to improve the protection of domestic workers employed in Malaysian houses, Indonesia temporarily banned sending its citizens to work in Malaysia this month, including thousands recruited for the plantation sector.

According to a statement from Malaysia’s Minister of Human Resources, M. Saravanan, Jakarta agreed to continue sending its workers after the two nations decided to test a single channel to simplify the recruiting and admission of Indonesian workers.

A request for comment from Reuters was not immediately answered by Indonesia’s Manpower Ministry.

Prior to the charges of forced labor and trafficking, Malaysia’s immigration authorities employed an internet method for hiring domestic workers.

Since the United States banned seven Malaysian companies in the previous two years due to what it called “forced labor,” scrutiny over how migrant workers are treated in Malaysia has increased.

To staff its plantations and factories, Malaysia depends on millions of foreign labor from nations like Indonesia, Bangladesh, and Nepal.

Due to sluggish government clearances and drawn-out negotiations with source nations over labor safeguards, Malaysia has not yet seen a major return of workers after removing a pandemic-induced block on recruiting in February.

On July 13, Malaysian companies submitted around 20,000 applications for workers, about half of which were for jobs in the plantation and manufacturing sectors, according to Hermano.

Despite lifting a pandemic freeze on recruitment in February, Malaysia had not seen a significant return of workers amid slow government approvals and protracted talks with source countries over employee protections.