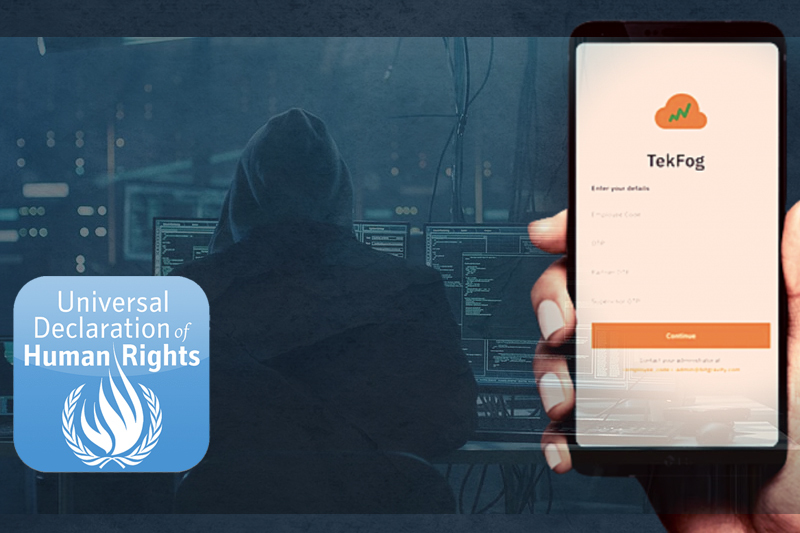 Global – On January 6, The Wire published findings of a 20-month probe that had started after a former member of the Bharatiya Janata Party’s (or “BJP”) IT-Cell raised concerns about the usage of the app Tek Fog by the organization.

A very sophisticated program known as Tek Fog has been found to be utilized by cyber operators from the incumbent party to sabotage popular social media and encrypted messaging services and spread right-wing propaganda to local audiences.

The whistle-blower stated on Twitter that Tek Fog, a private program used only by BJP IT cell employees, is used to automatically submit texts and hashtag trends on social media sites by getting beyond the companies’ safeguards against such conduct.

According to the investigative report, the app had been used for a number of purposes, including targeting journalists, fomenting racial animosity, and amplifying right-wing propaganda across the nation. It is crucial to go into detail about how such an application can affect a person’s human rights.

India is required by law to abide by the terms of the Universal Declaration of Human Rights (UDHR), which was adopted in 1948, and the International Covenant on Civil and Political Rights (ICCPR), which was signed in 1976.

A free, unrestricted, and undisturbed press or other media is a requirement in order to guarantee freedom of speech and opinion, as well as other rights under the ICCPR, according to General Comment No. 34 of the United Nations Human Rights Committee (the “UNHRC”). This implies that the free press and other intermediaries must have the freedom to express their opinions on current events without fear of retaliation or prejudice.

By controlling the “Trending” sections of Twitter and Facebook, Tek Fog’s algorithmic setup allows it to continuously propagate bias in the information environment. The program automates “auto-retweet” or “auto-share” functions, which allow accounts managed by the BJP IT unit to spam predetermined hashtags and manipulate public opinion. This gives the impression that political movements and radical themes are more well-liked than they actually are.

The freedom to hold opinions is one of the rights that is impacted by the freedom to acquire free and accurate information. The government’s indoctrination of the populace and encouragement of biased information constitutes a significant barrier to the formation of opinions, violating the right to freedom of expression and opinion.

Applications like Tek Fog infringe freedom from discrimination in addition to freedom of expression and opinion. All people are equally protected under Article 7 of the UDHR against all types of discrimination and incitement to discrimination. Since hate speech uses derogatory or discriminatory terminology to refer to an individual or a group based on their religion, ethnicity, nationality, race, color, descent, gender, or other identification criteria, it breaches the right against discrimination.

Before being automated to other social media sites like Twitter, Facebook, and WhatsApp, hate speech, false news, hashtag trends, and political propaganda were vetted and tested on Sharechat, a major Indian regional language social media network.

All of the Sharechat postings were put into an IBM Watson tone analyser, a tool for natural language processing that can identify emotional and linguistic tones, confirming the results of The Wire’s investigation team. Then, these messages were categorized using various emotional and tonal criteria. Emotional postings were then divided into four groups: racist, casteist, sexist, or none.

Ninety percent of the posts, or those that fit within the first three categories, were labeled as “hate speech.” A total of 2.2 million out of 3.8 million postings were classified as “hate speech,” or around 58% of all posts analyzed. Using Comprehend, another natural language processing technology, this outcome was cross-verified.

Furthermore, the phrase “unlawful” means that any intervention must be supported by law, according to General Comment No. 16 of the UNHRC to Article 17 of the ICCPR.

However, a merely legal penalty does not allow for an invasion of privacy, and it must be non-arbitrary, meaning that the law must adhere to the ICCPR’s rules, goals, and purposes. Based on a reasonable goal, proportionality, and need, arbitrariness is evaluated.