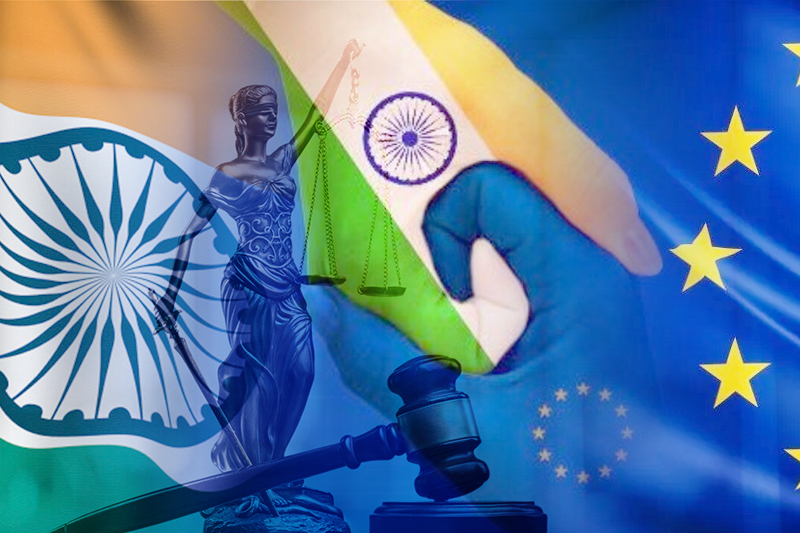 India – joined the European Union on Friday and “recognized“ the “important role” of national human rights institutions, civil society officials, and journalists. They shared freedom of expression and “concerns” about “online and offline opinions.” Both sides will hold the 10th India-EU Human Rights Dialogue in New Delhi, with mutual commitment to universal human rights and the Universal Periodic Review (UPR), to be discussed at the Human Rights Council (HRC) in Geneva later this year. I confirmed.

“The two sides have agreed on the importance of protecting the freedom, independence, and diversity of civil society stakeholders, including human rights advocates and journalists, and respecting the right of association and peaceful gatherings,” the meeting was announced. A joint press release released later said this debate demonstrates India’s diplomatic will to continue its human rights dialogue with the EU, despite recent rights-related debates that have shifted its international focus to New Delhi’s commitment to global human rights.

The Office of the United Nations High Commissioner for Human Rights (OHCHR) has criticized the arrest of human rights defender Teesta Setalvad, after which the Ministry of External Affairs (MEA) has counterattacked. The MEA had responded in a similar manner, asserting that the arrest of online fact checker and journalist Mohammed Zubair was a “domestic issue” after the German Foreign Ministry said they were “closely” following the case.

Despite India’s strong pushback in a series of high-profile human rights cases, there is little doubt that the rights issue will remain an important part of India’s diplomacy with western countries, especially as India’s Universal Periodic Review is expected to take place in November at the HRC. The UPR is a unique process under which the human rights record of a country is subjected to review and comments from other member-countries, and significant diplomatic activity is generated, usually around the time of the UPR. The UPR of India is generally a special occasion as India is one of the original supporters of the Universal Declaration of Human Rights (UDHR), which was “proclaimed” by the United Nations General Assembly on December 10, 1948.

Both sides “reiterated their commitment to multilateralism, including the Universal Periodic Review (UPR) mechanism, and the importance of enhancing cooperation on international for in the field of human rights” during Friday’s discussion. The next round of the India-EU Human Rights Dialogue will take place next year. Friday’s

The dialogue was led on the EU side by Ugo Astuto, the European Union ambassador to India, and the Western European Joint Secretary (EW), Sandeep Chakravorty, of the Ministry of Foreign Affairs.