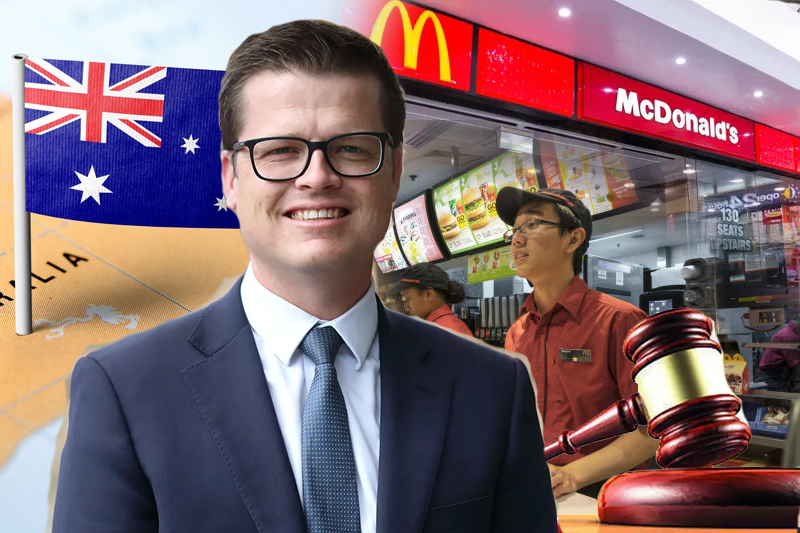 Australia – The union has filed a lawsuit against McDonald’s seeking compensation of up to $250 million for alleged unpaid wages. The union represents more than 250,000 former and current employees of McDonald’s. This is the 16th time McDonald’s has been sued in federal court.

The union claims in its filing that McDonald’s “deliberately denied workers their legal entitlement to paid rest breaks.” There are examples of this and the union claims that thousands of young workers from all over the country would be willing to testify.

The SDA claims that instead of paid breaks, workers were told breaks could be traded for free soft drinks. The union also claims that workers can take “mini-breaks” of about one minute to go to the toilet or drink water, for a total of 10 minutes.

SDA South Australia secretary Josh Peake said it was the union’s biggest ever action against McDonald’s. “McDonald’s is the largest employer of young Australians,” he said. “If you want to employ young people you have a special responsibility to inform them of what their rights are [and ensure] workers are treated fairly.” If successful, the lawsuit could become one of the largest in Australian history, representing about 1.8% of working Australians, according to the union.

In the last two rounds of business negotiations, the SDA told McDonald’s that they had not enforced the paid drinks clause and had raised issues related to paid breaks with the company for more than two years.

In addition to demanding workers’ compensation, the union hopes McDonald’s will be fined for violating the Fair Work Act and young workers across the country will have a better understanding of their rights in the workplace.