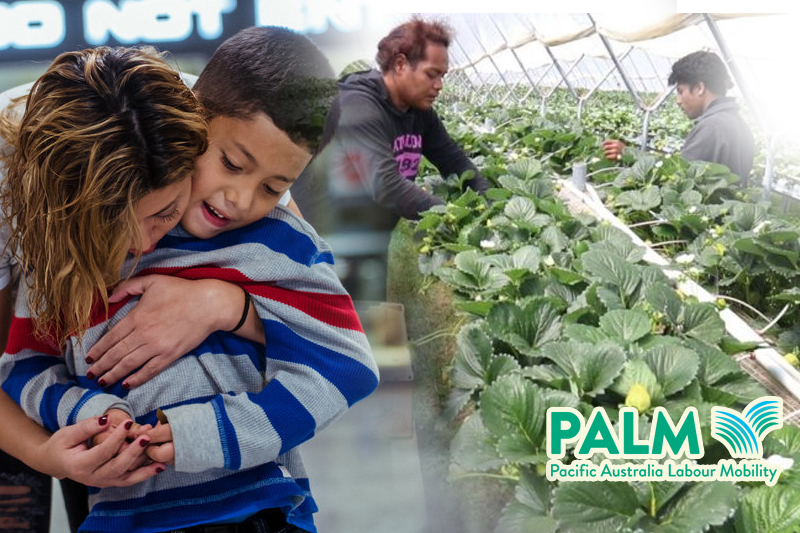 Australia – Australia’s policy on Pacific migration is once again at a crossroads as Labor envisions a more humane approach to regional integration, forcing crucial elements of the temporary “guestworker” model to be reexamined.

Along with the much-welcomed introduction of the Pacific Engagement Visa, the Albanesian administration has made unwavering vows to address another urgent issue for Pacific island nations: the extended separation of families through the Pacific Australia Labour Mobility (PALM) program. As of January 2023, new regulations will be put in place allowing PALM participants in the Pacific Labour Scheme (PLS) to bring their families along with them, pending employer clearance.

It is important to recognise the possible benefits of adding a family accompaniment option to the PLS. In the PALM system, the social repercussions of family separation have long been a source of debate throughout the Pacific.

Conversations with migrant workers in Australia, as well as with surviving family members, local leaders, and government stakeholders in Kiribati, Tonga, and Vanuatu, have all pointed to the same conclusion: the program’s economic benefits are significant, but so are its social costs.

Concerns were frequently expressed concerning the prevalence of extramarital relationships, relationship breakups, emotional discomfort, parenting difficulties, and child welfare issues even when labour mobility in the Pacific was restricted to brief periods of seasonal employment. Transnational family separation has become a much more concerning possibility since the PLS was introduced in 2018; when workers are required to live apart from their families for up to four years, the likelihood of long-term social repercussions rises noticeably.

Civil society organisations have addressed these issues in their submissions, additional pre-departure training for migrant families in Vanuatu has been developed and is currently being piloted as a result, and labour mobility programmes are a hot topic in local media coverage. The extent of these problems inside PALM has received surprisingly little systematic study up until this point.

The current research, which concentrates on both the PLS and the Seasonal Worker Program, describes the nature and prevalence of social difficulties connected to family separation within the PALM programme (SWP).

It offers the first program-level evidence of the nature and frequency of social issues arising from family separation, as observed by those on the frontlines of family welfare reporting, and is based on a series of semi-structured interviews conducted in November 2021 with government staff within labour sending units (LSUs) in four Pacific island countries: Fiji, Samoa, Tonga, and Vanuatu. The LSUs are in charge of the preparation and departure of workers engaged under the PALM plan. They also serve as the official or de facto point of contact for any struggling family members who stay behind.

Extramarital affairs (EMAs) and relationship breakdowns are common, though they are probably underreported. The report finds that these issues are strongly related to culture shock and behavioural changes in Australia, financial disputes and misunderstandings between spouses, the inability to maintain regular communication, and gender norms and expectations.

The welfare of children who were divided from one or both of their parents during migration was also a major issue, according to LSU employees. The interviewees indicated worry about the degeneration of parental relationships and the acceptability of alternate care arrangements involving extended family, but the financial consequences of relationship breakdowns for dependent children were the most prominent issue.

One participant made the observation that “you’ll discover that a lot of tensions and disputes tend to surface after the head of family is away” in reference to the wellbeing of the surviving spouses and children. One person said, “At the end of the day, you’ll have seasonal workers who wind up being seasonal parents or seasonal wives.”

It was evident that these results were not gender-neutral, in line with the worldwide literature on transnational family separation: women, who make up only around 20% of PLS participants, were shown to be more susceptible to social costs than men.

The volume and seriousness of complaints made by the disturbed relatives of migrant workers resulted in additional work for LSUs with limited resources, the findings also showed that the presence of social concerns had programmatic effects. Staff members at LSU claimed to lack the expertise and aptitude to handle difficult and emotionally taxing situations brought on by broken relationships.