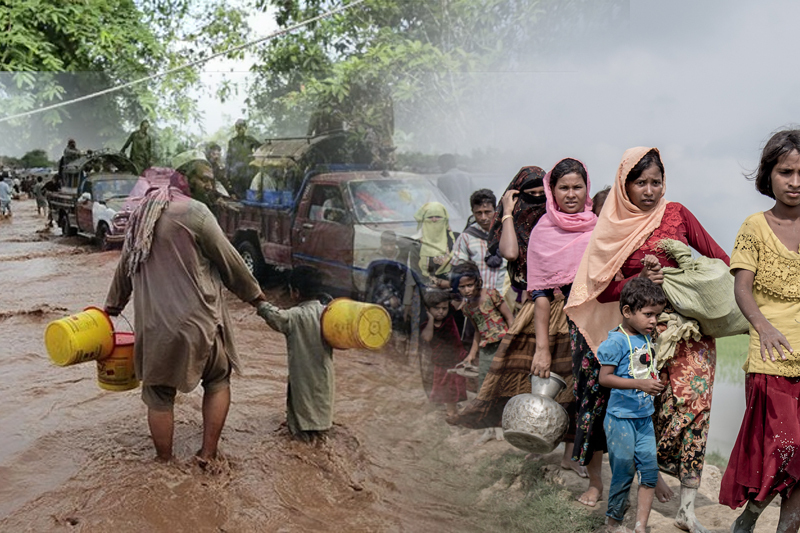 Global – The number of migrants worldwide has doubled over the past decade, and the question of what to do with the rapidly growing population of displaced people will become increasingly relevant. The movement of people is driven by change.

climate exacerbates the already existing mass migration to big cities. Surviving the climate crisis will require a planned and deliberate migration that humanity has never attempted before.

There are more days when temperatures are above 50°C than 30 years ago – this level of heat is deadly for humans, and also extremely problematic for buildings, roads, and power plants. This makes the area uninhabitable. We need to help people move from danger and poverty to safety and comfort in order to build a more resilient global society for the benefit of all.

We will need to create entirely new cities near the planet’s colder poles, on land that is rapidly becoming free of ice. For example, in some parts of Siberia, temperatures have reached 30°C for several months now. Large populations will have to migrate, not only to the nearest city but across continents.

In 2019, colossal fires destroyed more than 4 million hectares of the Siberian taiga, blazed for more than three months, and produced a cloud of soot and ash the size of the countries that make up the entire European Union. Scientists think that by 2100, fires in boreal forests and arctic tundra will quadruple.

Wherever you live now, migration will affect you and the lives of your children.

The coming migration will affect the world’s poorest fleeing deadly heat and crop failures. This will also include the educated, the middle class, and the people who can no longer live where they planned because they can’t get mortgages or property insurance; because employment has moved elsewhere.

According to the UN International Organization for Migration, up to 1.5 billion environmental migrants may appear in the next 30 years. After 2050, this figure is expected to rise sharply as the world warms further.

Humankind faces the question: what does a sustainable world look like? We will need to develop an entirely new way of eating, fueling, and sustaining our lifestyles, as well as reducing carbon levels in the atmosphere.