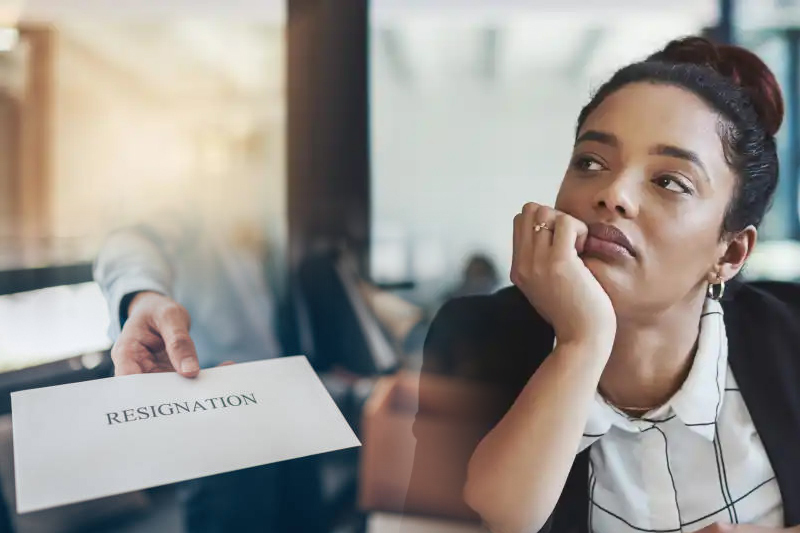 Global – In early 2021, people began to leave their jobs en masse. Many have left their jobs due to security concerns due to Covid-19 or because their companies do not adequately support telecommuting. There were also those who began to look for themselves and the work that they would like. And others have quit in search of extra money elsewhere as the job market tightened. Experts thought the “great retirement” was a direct side effect of the pandemic’s chaos and uncertainty.

But now something unexpected is happening. Even though Covid restrictions have been largely lifted and the pandemic is waning in many countries, resignations are still piling up. Despite widespread predictions of a slowdown, the data shows that not only are people still firing at peaks, but many workers who have not yet retired are planning to do so in the coming months.

This trend has two reasons. The pandemic has become just an excuse and a trigger for layoffs – it all started much earlier. People are also now looking at work and the role they want it to play in their lives differently, and are switching to jobs that better fit their new values.

The quit rates have generally remained constant throughout 2021, with an average of about 4 million people leaving their jobs in the US each month. This is more than half a million more than the 2019 average. In January 2019, there were about 7 million job openings in the US. A year later, the number of open positions increased to 11.26 million.

At the end of March 2022, the Bureau of Labor and Statistics (BLS) posted a record 11.5 million job openings. A PwC survey of more than 52,000 workers in 44 countries found that a fifth of them plan to leave their jobs next year.

While some workers were redefining their values, other factors were also pushing people to leave: frontline healthcare workers, service workers, teachers, and others working in high-risk environments, sometimes for low wages or with little support, burnt out or quit. A huge number of parents, especially women, were forced to leave due to the sudden lack of child care.

Low service wages and a minimum wage that kept pace with inflation meant that discontent grew among workers. And presentism and a culture that equated long hours with hard work pushed knowledge workers toward burnout. These problems have existed and resurfaced over the past decades, the pandemic has just exacerbated it all. Given that the pandemic served as a catalyst for mass layoffs rather than the original cause, it’s unrealistic to think that overcoming the pandemic means layoffs will simply stop.

In addition to the initial push factors, the reasons why people resign have varied. For example, some workers are now changing jobs that require them to be on site to work remotely; other workers are leaving telecommuting for jobs with more in-person presence.

It’s not clear if the global financial crisis will be enough to stem the tide of the Great Retreat and keep people in the jobs they want to keep.