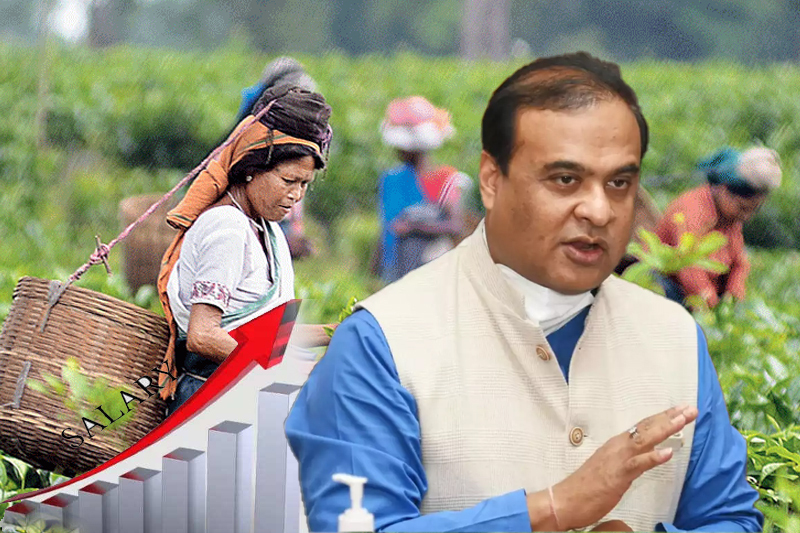 India – The Assamese government has increased the minimum wages of tea plantation workers in the state by Rs 27 per day, according to a notification issued by the state Labour welfare department.

The Chief Minister of Assam, Himanta Biswa Sarma, had a meeting for the fixation of minimum wages for tea plantation workers with the stakeholders on August 10. He reportedly said, “Happy to share that in a meeting with tea associations, it was decided to hike the workers’ wage by Rs 27.” He further said, “All garden workers will get ration cards and we urged the gardens to take Fair Price Shop licenses.”

In 2021, the state government hiked the daily wage of tea workers by Rs 38. The previous wage revision was done soon after Sarma became the chief minister of Assam.

In Assam, tea workers’ wages are paid in two components: cash and other benefits like ration, health services, and education. For many years, tea garden workers have agitated for an increase in daily wages. People who work in private tea gardens even receive lesser salaries.

Last year, workers in the Brahmaputra Valley demanded Rs 351 for their work. They said that they must receive higher pay amid the inflation. Reportedly, the rise in the prices of essential commodities because of inflation has compelled tea workers to consume wild vegetables. Their health is affected because of the consumption of wild vegetables.

Assam is among the world’s top tea-producing regions. The state produces around 400 million kgs of tea annually.

The best companies to work for in Europe in 2023