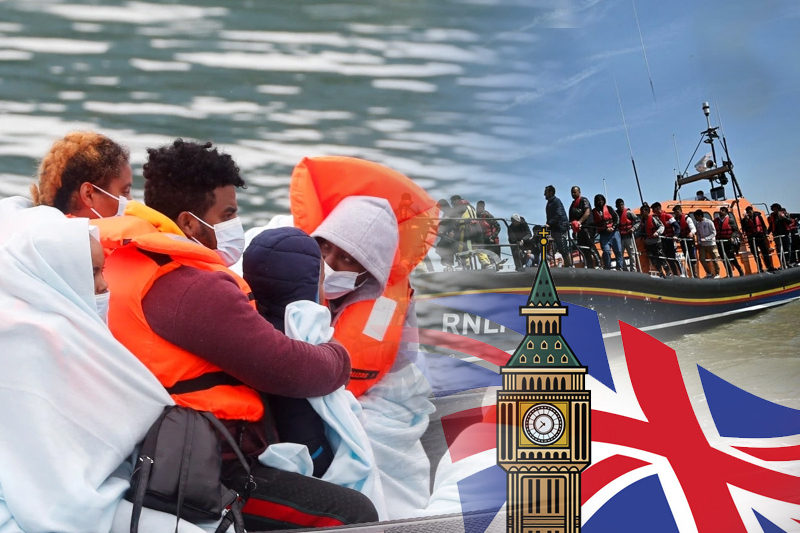 UK – Some 1,295 people were found trying to cross the English Channel by boat on Monday, beating the previous one-day record of 1,185 set on November 11, 2021, according to the London defense ministry.

This has caused a major political issue for the UK government, which has promised to tighten border controls after leaving the European Union.

Tensions between London and Paris rose as the UK government accused France of not doing enough to stop the border crossing.

To try to solve this problem, immigration laws have been tightened to deal with smuggling gangs across crossings.

The UK signed a partnership agreement with Rwanda earlier this year to send some migrants to the African country for resettlement. But the deportation flights were canceled by a series of lawsuits in British courts and in the European Court of Human Rights.

The first flight in June was supposed to send about 130 asylum seekers to the Rwandan capital Kigali, but that number was reduced to zero due to legal proceedings.

Groups representing asylum seekers must challenge the legality of this policy in court from next month.

The UK government defends this policy as necessary because the costs involved in processing asylum applications and accommodating migrants are too high.

It is also considering changing human rights laws to make it easier to deport asylum seekers who are believed to have entered the UK illegally.

Some 60,000 people are predicted to cross the border this year.

Since Home Secretary Priti Patel signed an agreement with Rwanda four months ago, more than 17,400 people have crossed the English Channel in small boats.

Instead, lawmakers have called for closer cooperation with the UK’s European neighbors, including intelligence sharing, to fight criminal gangs.