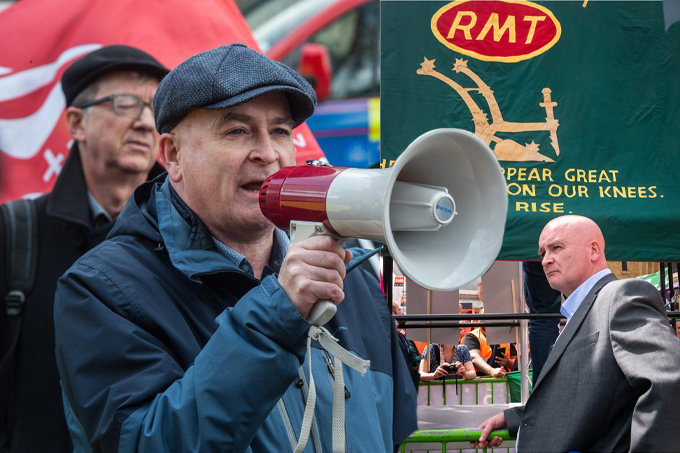 who is the man driving uk’s ongoing rail strikes (1)

UK – Mick Lynch, who is a trade union leader, is behind the ongoing rail strikes in Britain, part of a wave of strikes that has swept across the country.

The strikes began in June. Tens of thousands of British rail workers have launched the network’s biggest strike in over 30 years, leaving passengers in chaos. About 40,000 cleaners, signalers, repairmen, and station employees refused to work and began to protest. It all started over wages, working conditions, and job security as British railways struggle to recover from the coronavirus pandemic.

RMT union leader Mick Lynch captures the imagination of millions of people struggling with the cost of living crisis in the UK. He started this strike and became popular on social media like Tiktok. There, his video has collected nearly 20 million views.

The fight for rights with the government intensifies and continues, and therefore new strikes are scheduled for August 18, 19 and 20 – Mick is not ready to calm down.

Many of these employees often worked after hours in a stressful environment and did not see a pay raise in 3 years. Now add inflation to that, and you could say they got a pay cut.

Lynch’s eloquent appeals for fat men and runaway corporate profits struck a nation weary of wage freezes and skyrocketing energy prices that are set to rise 77 percent in October.

“Many workers have nothing to hang onto except minimum wages and minimum standards,” he said.

The rail strikes, which also include the London Underground and the overground network, are part of a wave of strikes that will get bigger as teachers, medical workers, and even lawyers plan their own strikes.