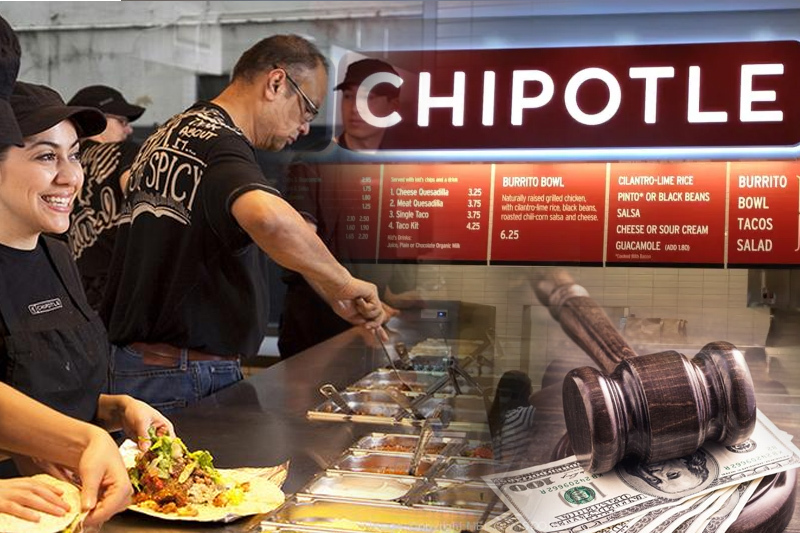 The Mayor of New York City, Eric Leroy Adams, announced on Tuesday that the restaurant will also pay a $1 million fine for unpaid sick leave and scheduling violations. He also called the violation the largest of its kind in city history.

The investigation by the city’s Department of Consumer and Worker Protection revealed that Chipotle’s violations of the Fair Workweek law included failing to post work schedules 14 days in advance. According to NYC’s Fair Workweek Law, an employer must give workers regular schedules that stay the same week-to-week. If there is a schedule change, an employer must give workers work schedules 14 days in advance.

The investigators began their investigation in 2018 after complaints by more than 100 employees of the restaurant chain’s city locations. After investigations, they found multiple violations of the city’s paid sick leave and fair workweek laws. Employees used to work extra hours, and they were unable to use sick leaves. According to NYC paid sick leave law, companies have to provide workers with paid sick leave. Fast food employers should also pay a premium to employees if they’re required to work on short notice.

Under the settlement, any hourly New York City Chipotle worker will receive $50 for each week worked between November 26, 2017, and April 30, 2022. Former employees will also be allowed to file claims for payment.

Chipotle Chief Restaurant Officer Scott Boatwright said in an emailed statement, “We’re pleased to be able to resolve these issues.” He also said that the company implemented several new compliance practices to comply with the Fair Workweek law.