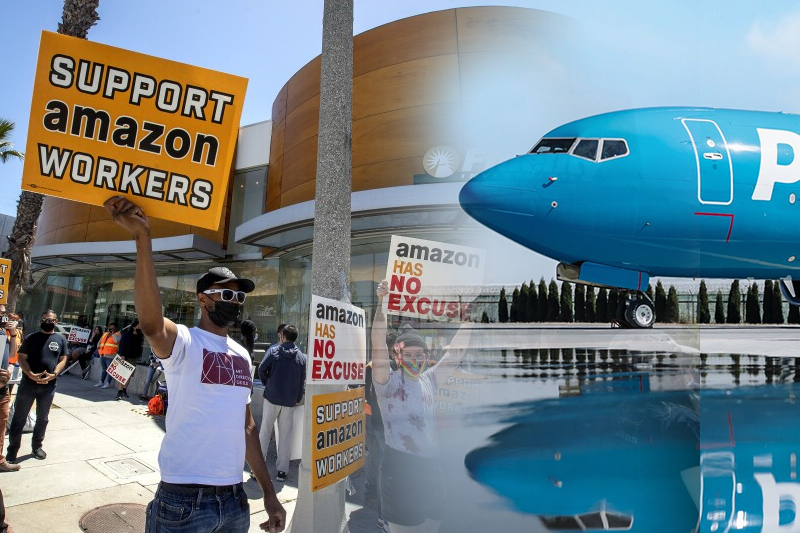 US – In San Bernardino, Calif., an Amazon employee quit their job at an air travel facility demanding higher wages and working conditions. This is the latest sign that efforts to organize workers continue to expand into the tech giant’s vast retail and logistics network.

The Workers’ Union of the Amazon of the Inland Empire is the name given to the group of workers who organized the strike. They claim in online posts that more than 150 employees took part in their coordinated shutdown on Monday. Amazon, however, disputes this figure and says 74 workers took part in the strike.

In a statement posted online by the working group, the organizers said they had collected more than 800 signatures on a petition calling for an increase in the facility’s base pay rate to $22 an hour, up from $17. The workers’ organization cited rising rents and the cost of living in the area in a statement demanding higher wages.

“Working in the heat feels like you are suffocating,” said a worker identified as Melissa Ojeda. “You need to take breaks and you can overheat really easily. They don’t make it easy to take breaks to allow your body to cool down.”

The strike came as a result of unionization efforts at other Amazon locations. Earlier this year, warehouse workers in Staten Island, New York, voted to form the first American union in Amazon’s history.

Amazon’s ongoing organizational efforts continue to receive support from unionists and progressive politicians across the country, including Senator Bernie Sanders, who has long been a vocal critic of the company.

“I stand in solidarity with the Amazon workers in San Bernardino, CA who walked off the job today to protest low wages & unsafe working conditions,” Sanders tweeted Monday night.