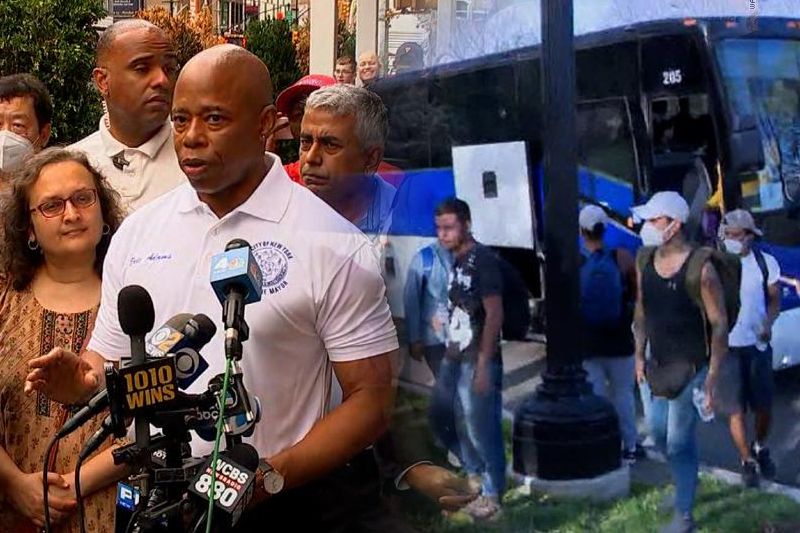 US – For several weeks now, busloads of migrants have been arriving in New York and Washington, sent there by Texas Republican Gov. Greg Abbott in a cynical ploy that stifles public services in both cities.

Abbott said he deliberately targeted two Democrat-run cities. He sends asylum seekers north to draw attention to the influx of migrants into his state.

Abbott has sent 6,000 more migrants to Washington since April. New York City officials say the reception centers have taken in more than 4,000 migrants since the end of May.

“In addition to Washington, D.C., New York City is the ideal destination for these migrants, who can receive the abundance of city services and housing that Mayor Eric Adams has boasted about within the sanctuary city,” Abbott said in a statement. “I hope he follows through on his promise of welcoming all migrants with open arms so that our overrun and overwhelmed border towns can find relief.”

Washington was chosen because of its role as the seat of the US government, where federal immigration policy is made. And in recent days, Abbott and New York Mayor Eric Adams have been poignant about immigration, leading the Texas governor to send many migrants from his state to New York.

The Texas governor said the migrants are making these bus trips voluntarily and signing a waiver of consent. Although, Adams said that many migrants are put on buses forcibly.

Abbott State sends migrants to New York and Washington without the consent of the local authorities. This looks cruel, as some migrants come not only with urgent housing needs but also with health problems. This is also a bad political move. In a statement this month, Abbott announced he was taking migrants to two cities by bus “due to President (Joe) Biden’s continued refusal to acknowledge the crisis caused by his open borders policy.”

But in fact, the federal government is actively fighting immigration. The Biden administration has battled numerous immigration issues such as Section 42, a public health policy used to keep out migrants under the pretense of stopping the spread of Covid-19, and Stay in Mexico, a Trump-era program. The administration has also taken action to combat human trafficking and smuggling. Last year, Biden advised would-be migrants, “Don’t come… Don’t leave your city.”