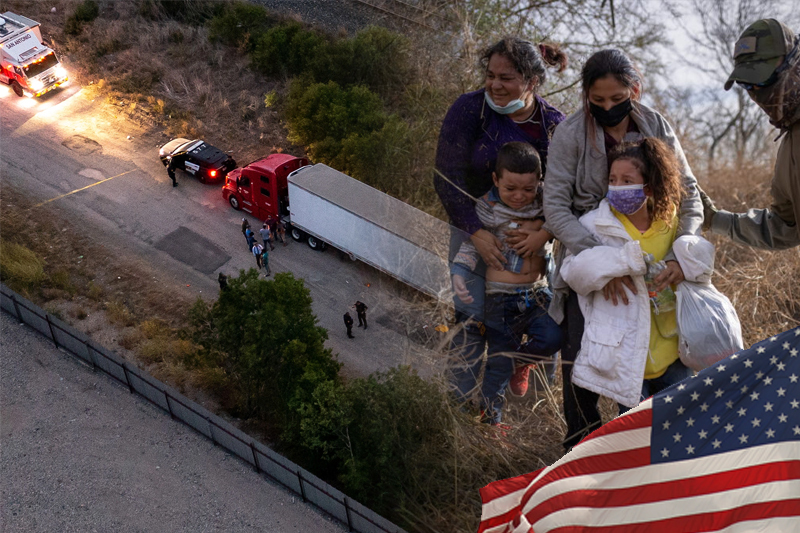 US – At least 53 people have been found dead after a truckload of alleged migrants was found on a remote Texas country road. And a few more cases with makeshift boats that ended in a crash.

All this has drawn attention to the risks that migrants are willing to take to get to the countries where they want to start a new life.

But where do American migrants come from, and how do they usually get there?

It is worth starting with the fact that the United States is a country built on immigration. Few who visit New York as a tourist do not stop by the Ellis Island Museum, which has preserved for generations the path that millions of people, mostly from Central and Eastern Europe, entered the country at the turn of the 20th century. Prior to this, waves of migrants arrived from the British Isles in the 18th and early 19th centuries.

In recent years, immigration has continued but has become more controversial as those who already hold citizenship have sought to remove barriers behind them, fearful of the impact of an unstoppable influx of people. Since the 1960s, the flow of people coming to the United States has changed significantly: far fewer Americans were born in Europe, and much more, in percentage terms, were born in America, and more and more in Asia and Africa.

In 2019, about 15% of the US population was born overseas, according to a combination of US Census and American Community Survey data compiled by the Migration Policy Institute.

The exact place of origin of all migrants arriving in the US has been difficult to determine because there are two main types – legal and undocumented.

Legal migration is migration to the United States along routes that require a person to have the necessary documents to enter the country. Will it be a green card, marriage, or something else.

Undocumented migrants are those who do not pass border control. It can be very difficult for the US to keep statistics on these people since in many cases it is not in their interest to report themselves to the authorities. The latest available statistics from the Department of Homeland Security on the countries of origin of people who were granted permanent residence show that Mexico was the top destination for new legal permanent residents in 2020.

Perhaps the only way to get an idea of where migrants are coming from is to look at the countries of origin of those people that the US Customs and Border Patrol (CBP) encounters at the southwestern border, which is by far the most common route for those who trying to get into the country by unofficial routes.