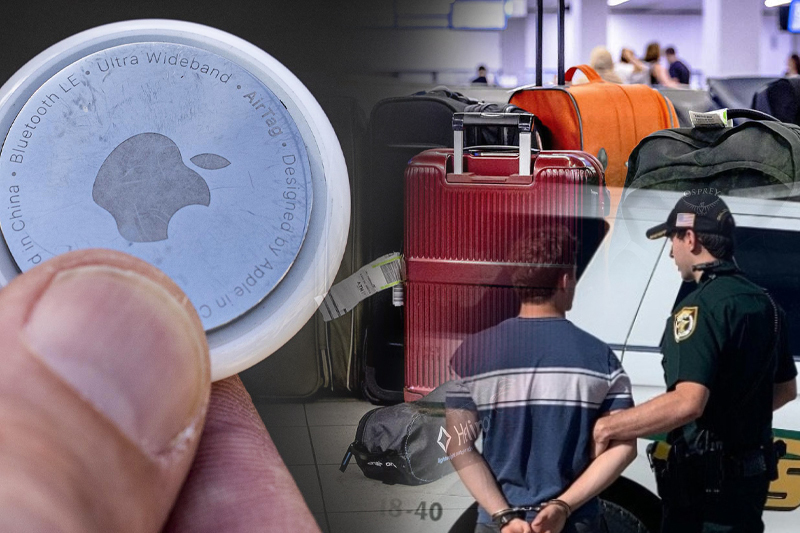 US – On August 10, Giovanni De Luca, 19, an Apple AirTag subcontractor, was arrested on two counts of grand larceny in Florida after police tracked several stolen items from his home using a tracking device. The amount of stolen luggage is thousands of dollars.

According to a local police press release last week, the investigation was launched after a passenger reported that his luggage was never delivered to its destination – “An investigation launched after the Okaloosa County Sheriff’s Office Airport Security Unit became aware of suspicious activity ultimately led to the arrest of a Mary Esther man in connection with items stolen from luggage at Destin-Fort Walton Beach Airport. 19-year old Giovanni De Luca, an airline subcontractor, currently faces two counts of grand theft.” – Police say.

The last time the AirTag in the woman’s suitcase tracked the luggage was to Katie’s courthouse in Mary Esther, about a three-hour drive from Tallahassee.

On August 9, a second passenger reported that more than $15,000 worth of jewelry and other items had been stolen from her suitcase.

Police suspected that both pieces of luggage were stolen from Destin-Fort Walton Beach Airport in Okaloosa County, Florida. De Luca was later detained at his home after police discovered the previously reported stolen items.

De Luca himself admitted to police that he rummaged through the luggage of the first woman and removed the AirTag. The police never found her stolen luggage.

In 2022, the number of baggage mishandling cases is higher than in previous years. More than 237,000 pieces of luggage were mishandled this May, compared to more than 137,000 last May, according to the monthly passenger air travel report from the transport department.

Some travelers have used AirTags to track suitcases during the current period of relatively chaotic travel, but the devices have also come under fire after being used for more nefarious purposes, such as targeting vehicles for theft or harassment.