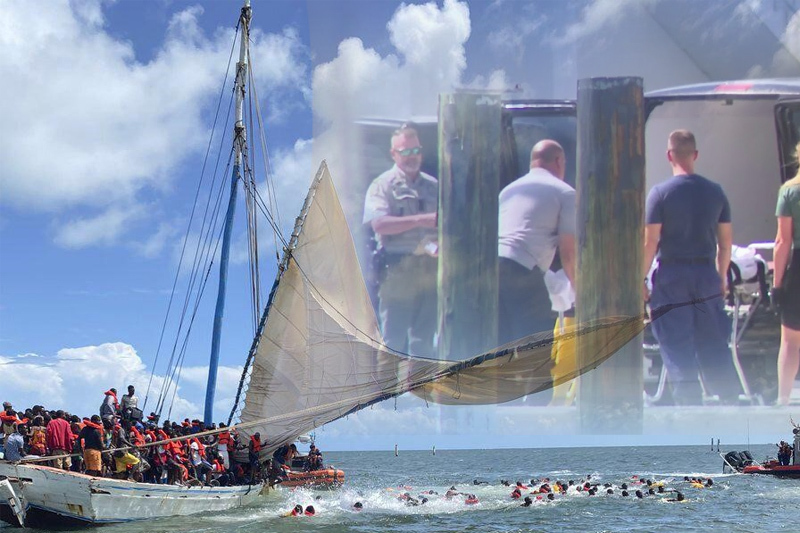 US – On August 7, a migrant boat attempting to illegally enter the United States capsized off the Florida Keys. The Coast Guard said the incident left two people dead and five missings. This is not the first time this summer that migrants have died trying to cross the border illegally, this has already happened in July.

Eyewitnesses describe the boat as a wooden vessel with 15 migrant passengers. The Coast Guard said eight people were rescued from the boat, five were lost and two were killed.

“We continue to search for other people who may have survived this tragic incident,” said Rear Admiral Brendan McPherson, commander of the 7th Coast Guard District. “This situation highlights the risks these migrants face when trying to enter the United States illegally by sea.”

It was not immediately clear where the migrants came from. Admiral Brendan McPherson explains that making a homemade boat with lifeless equipment is always a risk. “For people migrating illegally aboard unseaworthy or overloaded boats and makeshift rafts who do not have basic life-saving equipment such as life jackets, these risks can often be fatal,” he added.

Meanwhile, the Coast Guard responded to a stranded sailing vessel believed to be carrying more than 100 migrants on Saturday afternoon. The ship was spotted off the coast of Key Largo, near the gated community of Ocean Reef, officials said.

Rescuers transported people from the ship that had run aground to Coast Guard ships. Some of them entered the water without life jackets and needed to be rescued, the Coast Guard said.

In July, a boat carrying Haitian migrants bound for the US capsized near the Bahamas, killing at least 17 people.