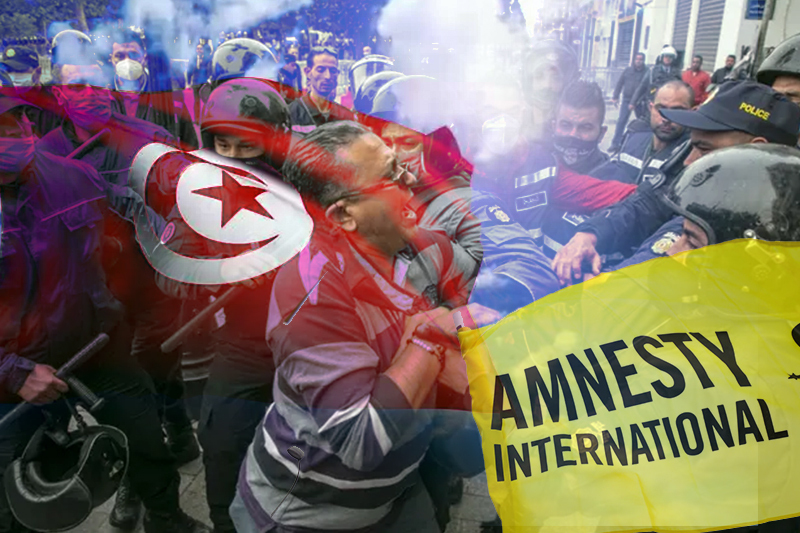 North Africa – Global rights watchdog, Amnesty International has issued a new report briefing titled “Tunisia: A year of Human Rights Regression since President power grab”. The organization has called out the Tunisian authorities to “urgently address” Tunisia’s degrading human rights, more significantly during the past one year have regressed after power grab by Tunisian President Kais Saied on July 25, 2021. Amnesty International has further urged the authorities to “revoke all new measures and laws that are inconsistent with international human rights standards”.

One year to regressing human rights in Tunisia

“The one-year anniversary of President Saied’s power grab serves as a signpost of an ever-growing dismantling of human rights protections. Ruling by decree and without oversight or review, the president has undermined several key human rights achievements that the country has made in the ten years following the 2011 revolution that ended the rule of former President Ben Ali,” said Heba Morayef, Amnesty International’s Regional Director for the Middle East and North Africa.

“The actions of the Tunisian authorities raise serious concerns about the future of human rights in Tunisia. President Saied and others have dealt blow after blow to human rights and undermined the independence of the judiciary in particular. While not resorting to mass crackdowns, the authorities have targeted high-profile critics and political opponents through criminal investigations, prosecutions, and in some cases even arrests, sending a clear signal about how the President feels about dissent.”

In September 2021, President Saied issued Presidential Decree 2021-117, thereby granting him “sweeping powers to issue new laws by decree without review or oversight by any other authority. The decree allows him to use decree-laws to regulate nearly every aspect of public life, including political parties, the courts, trade unions, civil society, the media and human rights”, Amnesty noted.

This was just one of the long list of similar decrees granting Saied sweeping powers and authorities, challenging freedom of free speech and association.

“President Saied must acknowledge that his efforts to dismantle the institutions of human rights and the rule of law will only lead to repression and impunity in Tunisia. He must urgently ensure that authorities align all measures and laws with Tunisia’s obligations under international human rights law,” said Heba Morayef.