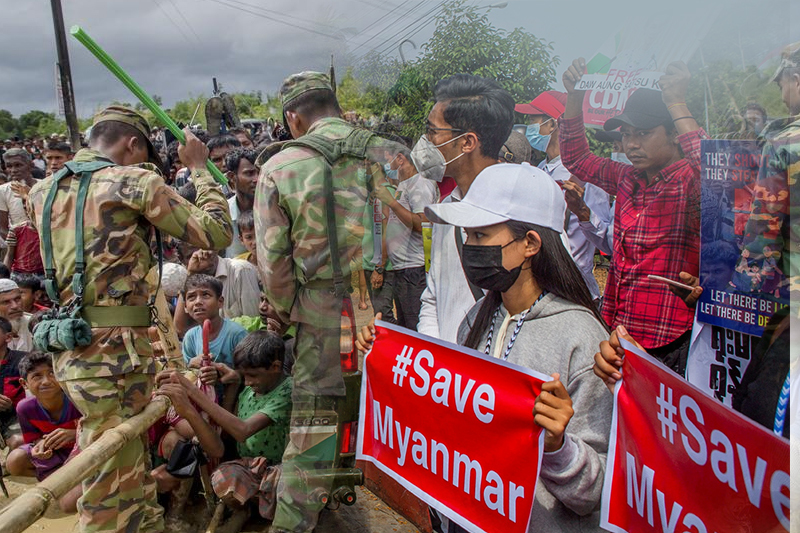 Myanmar – The Amnesty International has held the Myanmar junta rule responsible for heinous war crimes as it continues to laydown mines in large numbers. These have been laid out in outskirts where the junta is trying to bring down the anti-coup fighters.

Obviously, no one is happy with the junta’s interference. There have been clashes and fighting that has ravaged swathes of the country since 2021 rebellion. The government remains dysfunctional with most ministers either put in home arrest or in jail. Ethnic rebel groups have been supported by a formation of dozens of “People’s Defense Forces” now battling the junta.

In report findings, the NGO declared how the junta had planted landmines in the backyards and entrances of various villages who might be connected to the anti-coup groups or could be retaliating against the junta in any which ways.

Amnesty has confirmed that the military has used mines in at least 20 villages, including on paths to rice fields, resulting in civilian deaths and injuries. There is also documented evidence by the NGO that confirms several instances where the military had laid mines around a church and on its grounds.

Many villagers have risked their lives to remove or deactivate such bombs, with little or no experience to do so, with bare hands. Myanmar is not a signatory to the United Nations convention that prohibits the use, stockpiling or development of anti-personnel mines. This is one reason that such activities might be going unnoticed.

Its military has been repeatedly accused of atrocities and war crimes during decades of internal conflict. Military violence against the Rohingya minority in 2017 sent an estimated 750,000 people fleeing into neighbouring Bangladesh, bringing with them accounts of rape, murder and arson.