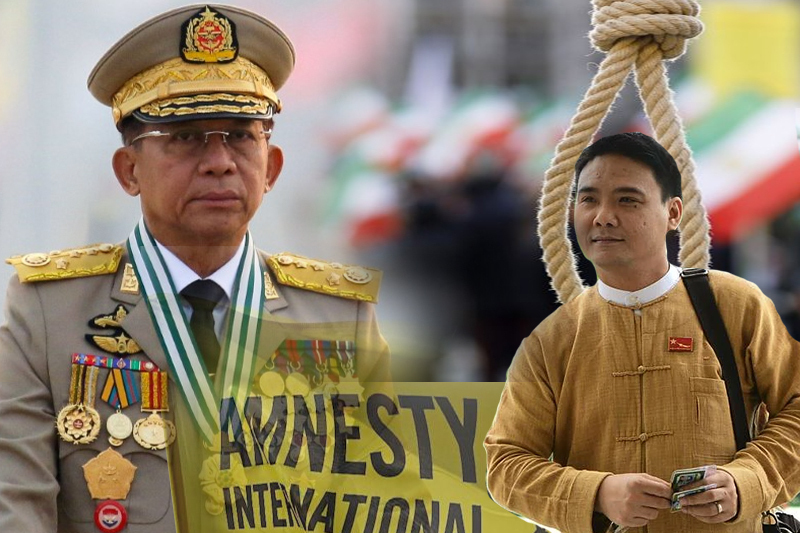 myanmar junta condemned for executing of civilians without

Myanmar – Atrocities of the junta rule in Myanmar is reaching heights as it went onto execute four activists fighting for democracy. This is in decades that such an inhuman act of violence has been reported in Southeast Asia. These four individuals were accused of carrying out ‘terror acts’ sparking off a worldwide cry for human rights justice.

A week back, the Amnesty International has held the Myanmar junta rule also responsible for heinous war crimes as it continues to laydown mines in large numbers. These have been laid out in outskirts where the junta is trying to bring down the anti-coup fighters.

Obviously, no one is happy with the junta’s interference. There have been clashes and fighting that has ravaged swathes of the country since 2021 rebellion. The government remains dysfunctional with most ministers either put in home arrest or in jail. Ethnic rebel groups have been supported by a formation of dozens of “People’s Defence Forces” now battling the junta.

In report findings, the NGO declared how the junta had planted landmines in the backyards and entrances of various villages who might be connected to the anti-coup groups or could be retaliating against the junta in any which ways.

Amnesty has confirmed that the military has used mines in at least 20 villages, including on paths to rice fields, resulting in civilian deaths and injuries. There is also documented evidence by the NGO that confirms several instances where the military had laid mines around a church and on its grounds.

In this recent case, there was no fair trial, somewhat on the lines of what is happening with individuals in China and Iran. All four were sentenced to death in closed-door trials in January and April itself. They have been accused of helping militias to fight the army that seized power in a coup in 2021 and unleashed a bloody crackdown on its opponents.

As the world condemns this kind of heinous behaviour and murder of democracy, the junta spokesman Zaw Min Tun in June has already defended the death penalty, saying it was justified and used in many countries. Amongst those executed were democracy figure Kyaw Min Yu, better known as Jimmy, and former lawmaker and hip-hop artist Phyo Zeya Thaw, the Global New Light.