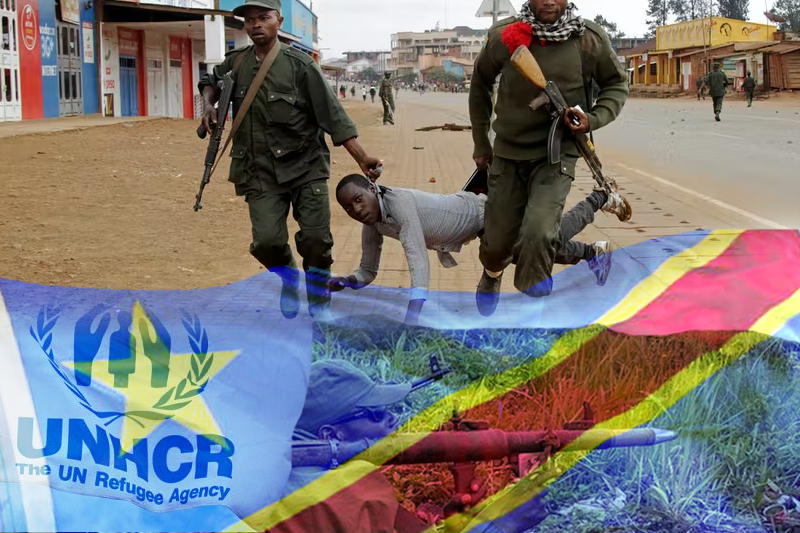 Central Africa – The United Nations refugee agency, UNHCR, said on Friday that growing conflict in the eastern Democratic Republic of Congo (DRC) is resulting in a surge in death toll and suffering of scores of displaced people. The UN agency further appealed for fresh humanitarian funds to meet the rising need across the country.

“This month, simultaneous attacks by armed groups in Ituri Province have left 11 people dead and 250 homes looted and burned. Between February and June this year, UNHCR and partners recorded over 800 deaths from firearm attacks and machete raids on local communities in Ituri,” reported UNHCR spokesperson Matthew Saltmarsh, briefing journalists in Geneva.

The UNHCR has reported that at least 715 of the people were sheltered in internal displacement sites or were attempting to return to home when they were attacked and killed. “In June alone, 97 were killed in attacks that included abductions, looting, and burning of homes,” UNHCR said.

Scores displaced due to regional conflict

“More than 20,000 people have been driven from their homes by such raids, which are also fueling acute food insecurity in the eastern Ituri province, where agricultural development in this fertile region has been stymied by long-standing intercommunal clashes,” the UN News noted.

“In recent weeks, fighting between the Congolese Army and the M23 (rebel) group in North Kivu Province has displaced more than 160,000 people across Rutshuru and Nyiragongo territories. The redeployment of Government troops to this conflict has created power vacuums and a fragile security environment in both Ituri and North Kivu,” said the UNHCR spokesperson.

The humanitarian situation in eastern DRC is extremely vulnerable and volatile due to conflicts between communities and non-state armed groups, clubbed with social and economic chaos and climate crisis. “UNHCR’s operation in DRC has received just 19 per cent of the US$225 million required to respond to the increasing needs of refugee and displaced people with urgent and life-saving support,” said Matthew Saltmarsh.