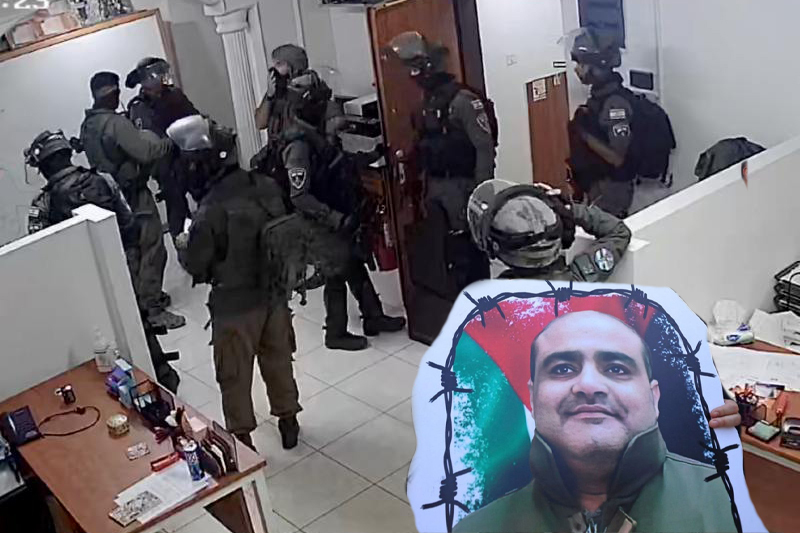 Palestine – Last year, the Israeli government threatened Palestinian human rights activists. On Thursday at dawn, Israeli soldiers broke into their offices in the occupied West Bank, took their documents, and sealed their front doors. Israeli authorities claim that these groups are fronts for militants. This claim was rejected by human rights groups themselves and by European donor countries.

The human rights group Al-Haq said the soldiers entered the city of Ramallah at around 03:00 local time (0000 GMT) to raid their office, as well as the offices of Addamer, the Bisan Research and Development Centre, International Organization for the Protection of Children in Palestine. , the Union of Agricultural Workers’ Committees (UAWC) and the Union of Palestinian Women’s Committees (UPWC).

After confiscating various items, the soldiers welded a reinforced iron door outside al-Haq’s office to prevent re-entry and attached a copy of a military order warning the organization’s leaders that it must be closed immediately.

In October, Israel designated six Palestinian human rights organizations as terrorist groups. They said the groups were diverting funds to a banned armed group, the Popular Front for the Liberation of Palestine (PFLP), which carried out deadly attacks. Israel has not provided any documentary evidence for this claim.

The groups see the raids as an attempt to silence them, like some international attempts to hold Israel accountable for possible war crimes.

Nine European Union states have said they will continue to fund the organizations because Israel has not proven its claims.

Also, a 20-year-old Palestinian was shot dead by Israeli forces in the city of Nablus before dawn on Thursday. This was stated by Palestinian health officials as violence in the West Bank intensified. He was reportedly wounded during a firefight as soldiers escorted worshipers to the Jewish shrine known as Joseph’s Tomb.