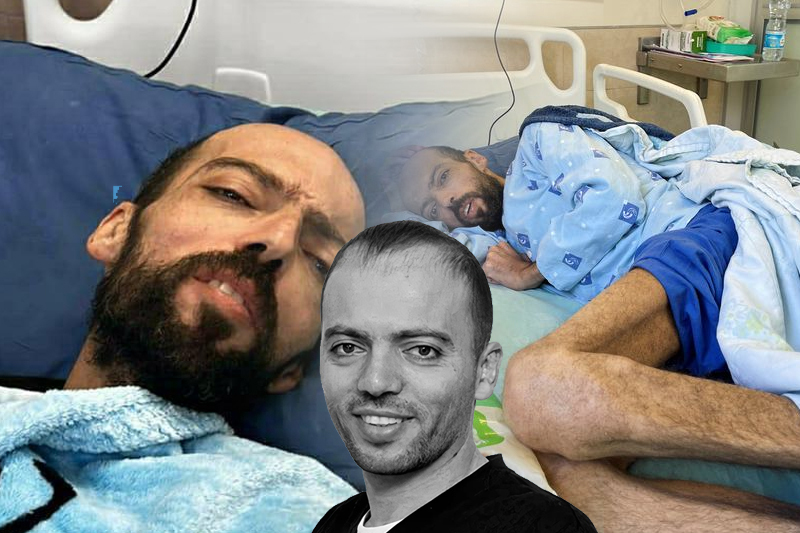 Israel – With no other resort left but to go on a silent hunger strike, an innocent Palestinian national has made headlines. Khalil Awawdeh went on a six-month hunger strike to protest his unlawful arrest by Israeli authorities.

He decided to end his hunger strike once he got in writing that he would be released in October. He was immediately hospitalized where he is now recouping. His struggle has taken social media by storm as he also says that the agreement indeed is a ‘resounding victory for Palestinian people.’

Under administrative detention, like in many other cases, Awawdeh was refused any trial or judicial proceeding before being apprehended and arrested. As a father of four, his health condition suggested that he was at risk of death and was already suffering neurological damage as a result of the hunger strike, lawyers and physicians had warned.

The Israeli military, the prison service and the Defence Ministry declined to comment. The Shin Bet internal security service did not respond to a request for comment.

Israel has said administrative detention is needed to keep dangerous militants off the streets without revealing sensitive intelligence. However, Palestinians and rights groups have argued that it denies detainees the basic right of due process.

Additionally, in many cases, it is never ascertained whether these people are really at fault or have committed the crimes that they are arrested for. The allegations usually have no evidence or data to prove their crime.

Israel has accused Mr. Awawdeh of being a member of the Islamic Jihad militant group, an allegation he denies. The group demanded his release as part of the ceasefire deal that ended three days of heavy fighting in Gaza earlier this month but did not identify him as a member.